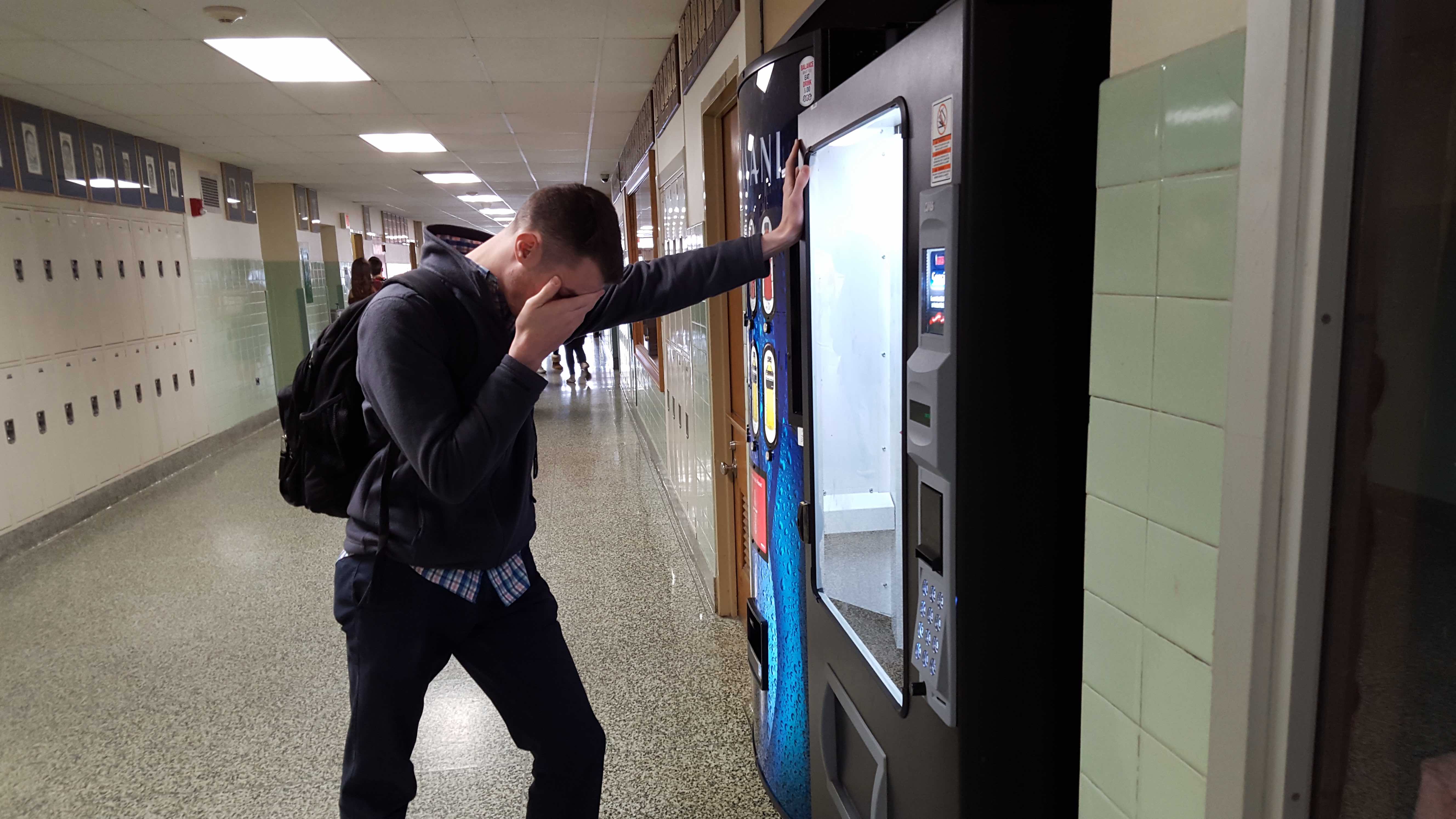 In search of Texas

One of The Lance's managing editors solves the mystery of a missing beloved snack.

It was getting late and senior Brian Rooney was feeling hungry. He had just finished his third day of baseball practice and figured he would pick up a snack at the vending machine before heading home. He knew his mom was making dinner, but as a man of tradition, he had to get his favorite item in the vending machines. He strolled up to the machines and casually scanned the items. Then reality started creeping in; as he perused through the machine, thoughts rushed into his mind. He even convinced himself that it could not be true, but it was: the Cloverhill Big Texas cinnamon roll was gone.

Any avid vending machine goer would notice the gaping hole that has been left behind after the removal of the Cloverhill Big Texas cinnamon roll. Considered a staple among many male athletes, the beloved 4-ounce roll had been removed from vending machines across the school.

A disheartened Rooney said, “it is a shame because it served as a post-baseball treat that I would give myself after practices or games and now that’s ended.” Then he later added, “If they decided to do this my sophomore year I probably wouldn’t have feelings attached to what some may consider ‘frivolous’, but I am genuinely a little upset”.

Among other athletes, this item is extremely popular. Senior Justin Minaya said, “Before the first round of [boys’ basketball] playoffs last year against West Essex, when I scored 29 [points], and I actually ate a Big Texas because I had nothing else and I actually felt amazing throughout the game, which [I] had to attribute to [Big Texas] because of my superstitiousness.”

The removal of the Big Texas does not just impact these particular athletes at the school. senior Jordan Davis said, “This is outrageously ignorant. Not only is the school taking out one of the most popular snacks, but it is also wiping away a piece of southern culture that is much needed.”

The Big Texas, having its own separate website (http://bigtexas.com/), is the product that gets the company its notoriety. The Cloverhill Bakery, based out of Chicago, has been around since 1961 and distributes to more or less every market there is, ranging from hospitality services to vends. Products like muffins, brownies and snack cakes are among their best sellers, but these do not even compare to the popularity of the Big Texas.

Initially, the plan was to call whatever company sticker was on a vending machine as long as it had a telephone number on it, in hopes of receiving some answers from their end. There was a sticker that had a company name on it, but no number on it, so their contact information had to be found online. The phone call to their headquarters did not last long, not even a second, as I had to leave a voicemail with one of their representatives and failed to receive a call back in return.

What seemed unfortunate turned fortunate, as principal Bruce Sabatini was able to direct me to assistant principal Robert Hyman, who served as guidance and backing throughout the process. He was able to get in contact with Ms. Lauren Baric, food service director, and asked her if she would be able to provide some answers.

Here is where the answers to the mysterious vanishing of the Big Texas started to snowball.

There was a recent change in vending machine carriers, currently Pomptonian Food Service, and they were the ones responsible for the Big Texas cinnamon roll. There was no rhyme or reason for the dropping of the product from the school’s end; the Big Texas was just not one of Pomptonian’s products, so during the transition of services it fell out of rotation. But, Baric recognized the product, so it was something that rang a bell of familiarity. Because of her experience, she approached a second party to see if they would be willing to send some buns our way.

Before you start applauding, there are some guidelines that exist for selling items like the Big Texas. The National Food Program, a federally assisted meal program operating in public and nonprofit private schools, has restrictions on products depending on their ingredients. NVOT, not a part of the program, is able to have a lot more leeway with this. The Big Texas is close enough to the NJ requirement of 8 grams of unsaturated fat and under 2 grams of saturated fats rule. What Rooney called a “holy grail of vending machine products”, will be available for purchase after school and it was also communicated that students should keep an eye out, as “it may become available for breakfast,” according to Baric.