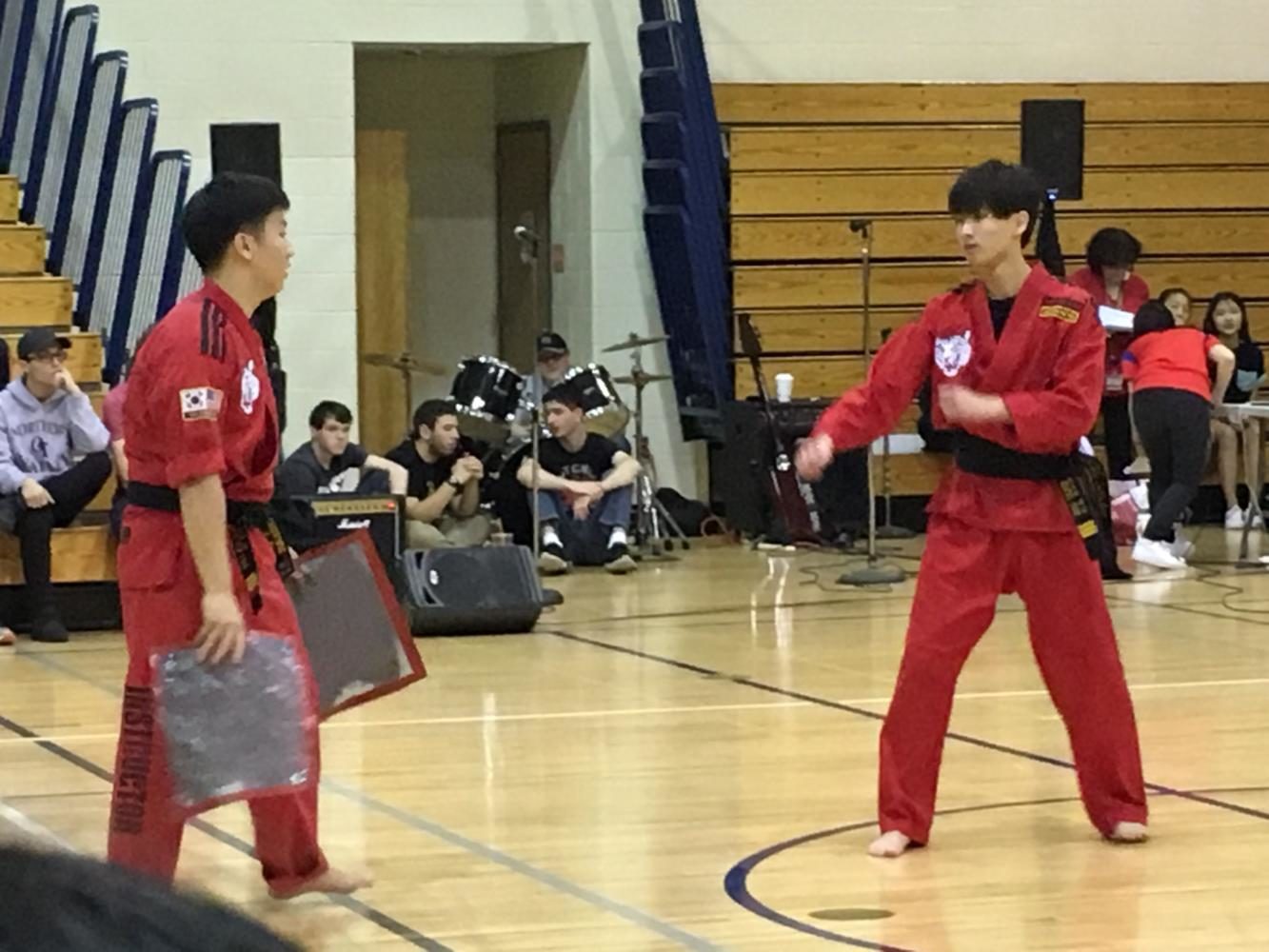 He flew through the air for a split second, jumped over the three figures lying like large rocks, and swiftly landed two feet on the ground, one in front of the other. “KYA!” sophomore Kevin Lee shouted. A large round of applause erupted from the crowd, especially from sophomore Zion Lee, one of his close friends.

Taekwondo, a form of self defense originating from Korea, is widely popular amongst many students. The name originates from the three parts that make up this sport: “tae” meaning “foot,” “kwon” meaning “hand”, and “do” meaning “the art of.” With a couple of taekwondo dojangs (formal training halls) scattered throughout Old Tappan and Norwood, students regularly attend practice and even compete at the highest levels locally. Zion Lee, Kevin Lee, and sophomore Isaac Oak all attend Triumph Taekwondo Dojang located in Norwood.

At NVOT’s “Korean Club’s Got Talent,” on March 3, Oak and Kevin Lee displayed some of their taekwondo skills. All three students are third degree black belts with experience in teaching and numerous accolades individually. However, they wish they could accomplish one more goal.

“I wish [taekwondo] was offered in school because it is very unique compared to the other sports offered at our school,” Kevin Lee said. “No [other] sport that is [offered] is similar to taekwondo and it’s even kind of a cool type of martial arts.”

Zion Lee added, “Yes, not only is this sport great for an individual to grow and mature, but it is also very competitive. Our school is a very [academically] competitive school and I strongly [believe] that a lot of academic stress would be released and less overwhelming on students.”

Oak also mentioned that “working with others and teaching others is pretty fun. For me, it’s one of my favorite hobbies that I enjoy.”

Oak, Kevin Lee, and Zion Lee said that out of the seven to eight people who take taekwondo at NVOT, the three take it the most seriously because of their dedication and daily participation in the sport. A “fiery, competitive, exciting, but relaxing sport,” taekwondo is the “best sport, by far. I really do wish it was offered,” Zion Lee said and Kevin Lee agreed.