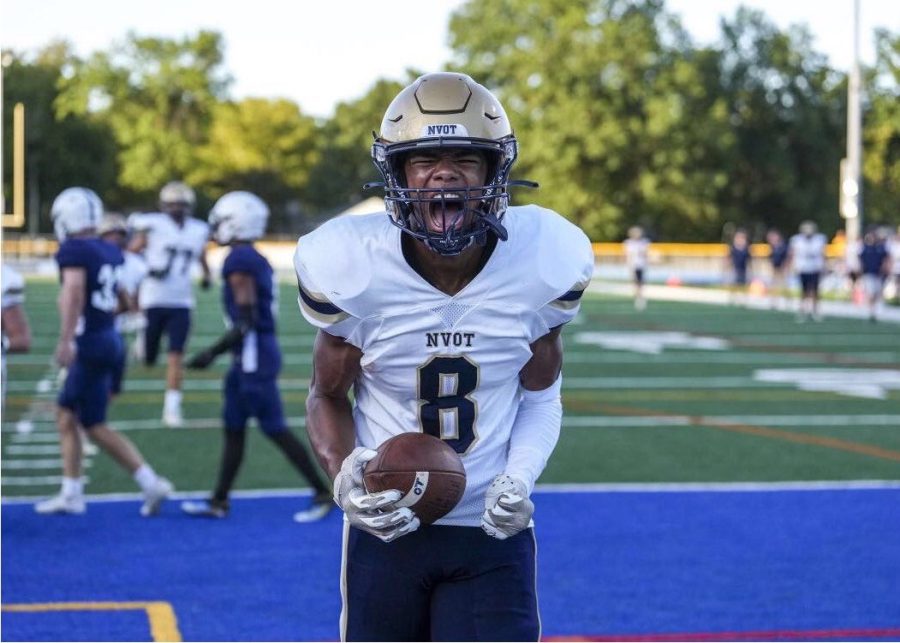 Evan Brooks was unstoppable in NVOT’s first game of the season. The junior had 8 receptions, 140 yards, and 2 touchdowns against a Paramus defense that could not handle him. For his efforts, Brooks was named Jersey Sports Zones player of the week.

Brooks’ numbers contributed to a dominant performance by the Knights, who beat the Spartans by a score of 37-6. The boys put together a dynamic offensive attack and the defense forced some game-changing turnovers.

Brooks will receive the game ball at practice this week. Game balls are meant to recognize an individual athlete’s extraordinary performance in an event. The team travels to Pascack Valley on Friday night in a rivalry game.