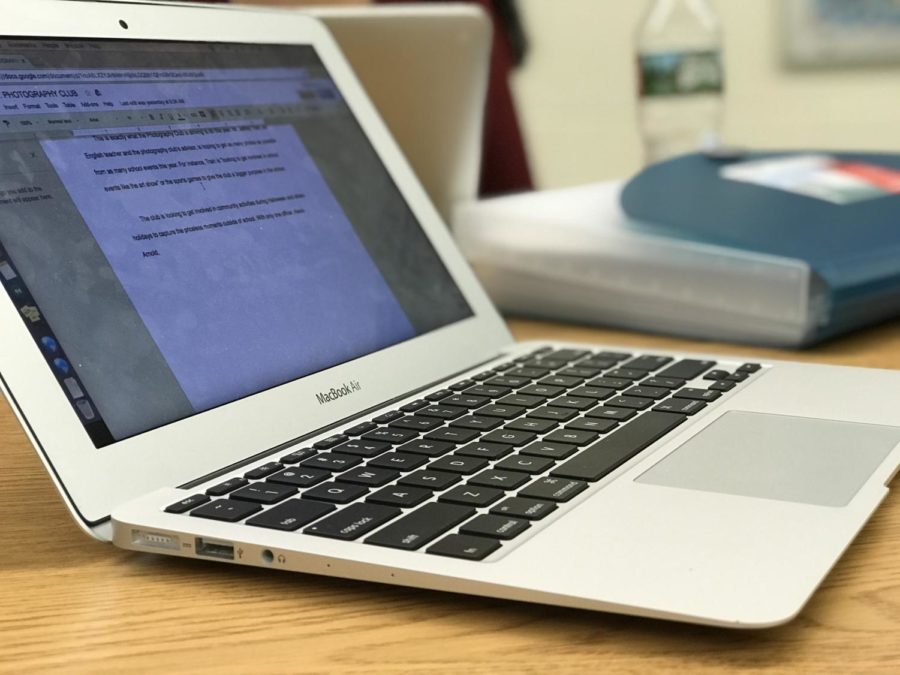 Before most students even knew what teachers they would be having for the next ten months, they had already received brand new 11-inch MacBook Airs to kick off the 2017-18 school year after using the same ones for three years.

According to Mr. David Janosz, District Supervisor of Technology, the school “was in a position where it was financially advantageous” to buy new laptops, when compared with “what it would’ve cost to repair them in year four.”

The majority of the problems that would have needed repairs have been related to the computer’s hardware, rather than their software or any other of their internal systems. Janosz recalled “screen, keyboard, and trackpad damage” being common issues, whether it was “…keys missing, or lines running through the screen.”

Junior Adam Attal experienced this first hand, as his laptop had a faulty monitor that could not stay up straight. “It really distracted me because while I was in the middle of working, it would just fall back and I would lose my train of thought.”

Not only do students have completely new hardware, but some new software as well. There is an update to both the iOS layout and an update from the 2011 version of all Microsoft programs to the 2016 version, which seems to work better for many students.

Junior Doris Vazacopoulos welcomes these updates, as she said laptops in general, “make school easier” for her. She continued, “I can organize everything easier and it makes doing homework and studying for tests much easier. The new ones do the same, just faster.”

Students live with the benefits, as well as any possible drawbacks, of the laptops each day in school. What students may not be aware of is the work the tech team does behind the scenes. In particular, the question of what is to be done with the 2,100 old laptops, now going unused, is still being solved.

As a whole, they are currently in the process of being sold to companies who are interested in buying used electronic equipment. There is a “bid process,” explained Janosz, where “a company has to write its offer to purchase, grade each machine, and then offer money based on the grade.”

Overall, Janosz and the tech team expect the number of people who may have either software or hardware problems to decrease: the newer the computer, the less likely it is to need a repair.

Some of the aforementioned drawbacks include the loss of students’ old information, (including homework, essays, and passwords), that were tucked away in files on the old laptops. However, Janosz said that on the “web” and in emails sent “to all parents and students” he and the tech team told students to “backup all their files and then sync to ownCloud” before they handed in their old laptops last year. They also warned students to “always keep a backup of their files to their own source” like Dropbox or Google Drive.”

Despite the warning, as Vazacopoulos reflected, “Many of [her] friends did not have their ownClouds set up properly,” “so all of their files are gone.” However, if any students are unaware as to how to download their old documents from ownCloud, they can visit the tech team, who can help them out.

All in all, just like the old ones, NVOT students should expect to be using these new devices for the next three or so years of high school.