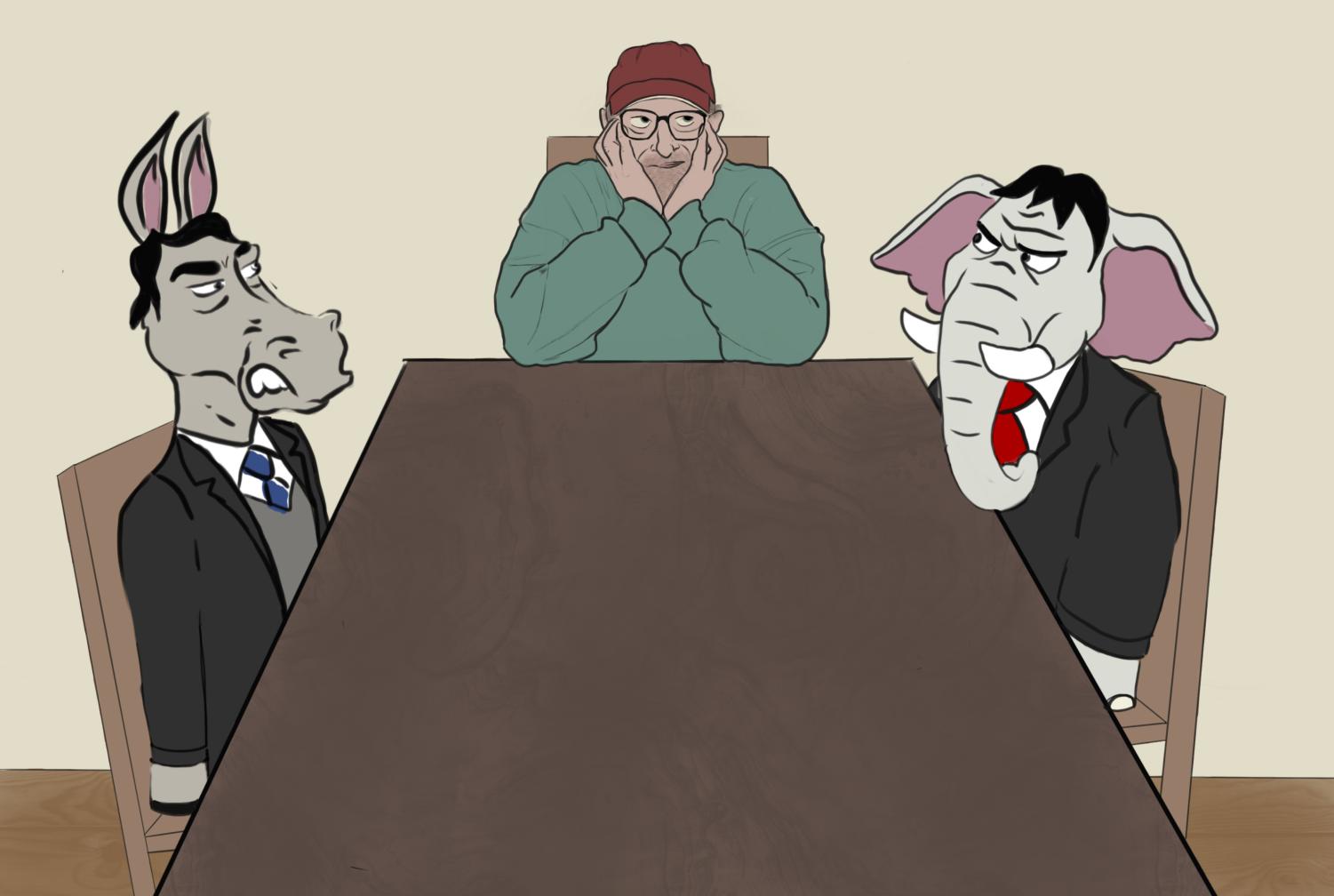 Mr. Zelcer offers his wisdom on navigating and avoiding difficult discussions at the dinner table

English teacher, tennis coach, and expert dinner discussion dodger’s advice on how to navigate your way through holiday dinners.

Food, festivities, family, fighting—the yearly tradition most are too familiar with, and one nobody wants to be a part of. As the holidays swiftly approach, family dinners are an inevitable part of the experience. With these family dinners come discussions, often political ones. And we all know how that goes.

If you’re tired of hitting your head against a brick wall just to have dinner end in “Don’t raise your voice at me!” and being grounded, this article is for you.

Mr. Brook Zelcer, who has survived “hundreds” of dinner mishaps, has curated and perfected his advice to share for this holiday season.

Here is Mr. Zelcer’s guide on how to survive your family’s dinner of political arguments.

For The People Who Want to Win

“For the person who wants to win, be aware of the following”

Look out for paralipsis in arguments. By mentioning paralipsis, the person hints the idea—although claiming not to. “There’s an illegitimacy about making that comment and introducing that subject. When this happens, always stop them and say no. Strike that down as soon as you can,” Zelcer said. People will often use paralipsis as a method of brushing over the subject when it has the opposite effect and draws attention to it.

Ask a lot of questions. Get specific about what you ask and be conscious of what you’re asking. Instead of arguing reflexively, ask the person to explain their subject of interest.

ex: “Hey, could you please tell me about three policy accomplishments of x?”

Doing so opens up knowledge and understanding of the opposers position. If their argument is underdeveloped, you’ll exploit a weakness by letting them talk. And if they’re not knowledgeable in their argument, what’s the point in arguing?

Know how to spot red herrings and remain focused.

Red herrings give your opponent a chance to shift from the topic of interest and let them get away without answering your question. Being asked another question makes it more likely that you answer instinctively (being in the heat of the moment). Avoid chasing a red herring by calling them out. Claim that it’s not related to the conversation and return back to the original subject.

For the people who don’t want to get involved:

As stated above, questions are always important to ask. Questions are especially important to ask when debatingbecause it clarifies the contender’s position.  It can determine whether they’re spewing mindless information or have a clear-cut, reasonable stance on their argument. “Ask the other person where they get their news from. If the source is not reputable, it weakens their credibility and argument from the debater’s side,” Zelcer said.

An alternative would be to move away from specifics and ask the person about something a bit more general. Broaden the scope of the topic. Instead of arguing individual policies, ask the person their idea of general topics.

This is important because if you think you’re right and you have an argument to win, it suggests that your opponent is wrong so the more questions you ask them, the more the fallacies behind their arguments will be exposed.

(Ex: Ask the person ask what their ideal government would look like)

How do these claims all fit into their vision? Broadening the topic of conversation can really see if they have a comprehensive sense of what they’re arguing or are just droning meaningless semantics just to talk.

After all, hitting your head against a brick wall will eventually give you a concussion.

If you are able to establish your position clearly but find the other person doesn’t have a sense of what they’re talking about and keeps arguing, leave. Some people have a fixed view on society and take their ideas as part of their identity. So if you know they won’t change their mind, what’s the purpose in arguing with them? Bow out of the conversation and enjoy your dinner.

And get ready to do it all again next year.