Remembering one of middle school’s most notorious websites 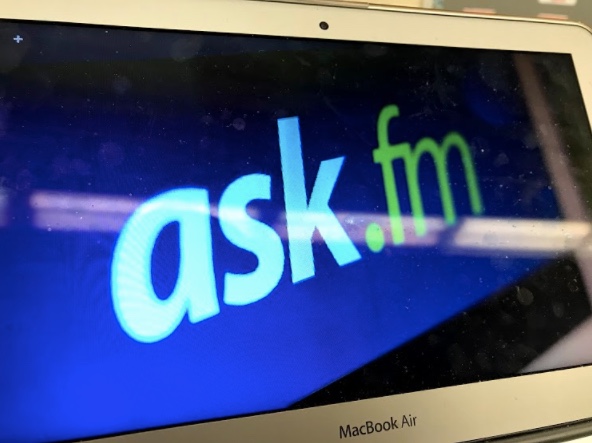 ASK.fm is a mystery to many who were not in middle school around 2013. It didn’t gain nearly as much traction as many other social media giants, like Instagram and Snapchat, which are now household names. ASK.fm was both a website and an app in which users received anonymous questions that they could answer. Usually one put the link to their ASK.fm page in their Instagram bio, making all the questions and answers easy for anyone to see. Because of the nostalgia and laughter it triggers in almost every student, we thought it was an apt topic to “rewind”.

The company was originally founded by Latvian brothers Ilja and Mark Terebin as a competitor to a similar site called Formspring. The brothers believed that the site would provoke users to think more deeply about themselves and their society. However, due to accusations that it was a platform for bullying among kids, the site quickly prompted a highly contentious debate.

As a result of the anonymity users received when they asked questions, they had little worry about what the repercussions may come from the things they asked. There have been many cases of cyberbullying associated with it, and in some extreme cases, questions on the site have driven students to suicide. It has most definitely received all types of criticism, including harsh words from former British Prime Minister David Cameron, who called it “irresponsible.”

Although it was highly contentious among adults, it still remained a huge part of student life in middle schools. Drama between students was “enticing,” said junior Rosie Dippolito, “so people wanted to find out things without actually having to ask the person.”

Crushes were revealed, and juicy gossip was spread. To middle school minds, absent of worries about the SAT or college applications, keeping up with their grade’s drama was of utmost importance. Even when the site had repeatedly proven itself to be harmful to students, they kept on using it anyway.

The risks were always spelled out to us, whether it was by individual parents or the school guidance counselor. However, as the obsessive use of ASK.fm proved, nothing comes between a tween and the newest social media craze.

Perhaps the main reason why so many students who were not necessarily bad-intentioned used it was a result of their urge to know everything without going through the awkwardness of having to ask someone face to face.

In some extreme cases, the fear people had of others finding out about their curiosity led to people not even making an official account on the site. There is one feature on the site, in which anonymity can be turned off, so one’s name appears after every question he or she asks. This drove some students like junior Jillian O’Keeffe to “never make an account,” as she was “too scared that when [she] left a question, it would somehow not come out as anonymous.”

Some current middle schoolers and underclassmen have taken to a new service called Sarahah, in which users can send anonymous messages to one another through Snapchat. Others have used an app called TBH, an electronic version of senior superlatives. However neither of these relatively short-lived obsessions have even come close to reaching the magnitude of the ASK.fm phenomenon.

The perpetual desire to know everything about everyone coupled with the anonymity provided by the site proved to a potent pair. For current high schoolers, there is no similar site or app that rivals ASK.fm in at the apex of its popularity. Perhaps this is because older students have more on their minds. Perhaps nonchalance is a sign of maturity. Either way, ASK.fm was a powerful site that served as a source of distress for many kids. For others, it was just a more efficient way to find out petty secrets.