Winter Sports: Wrestling With the Flu 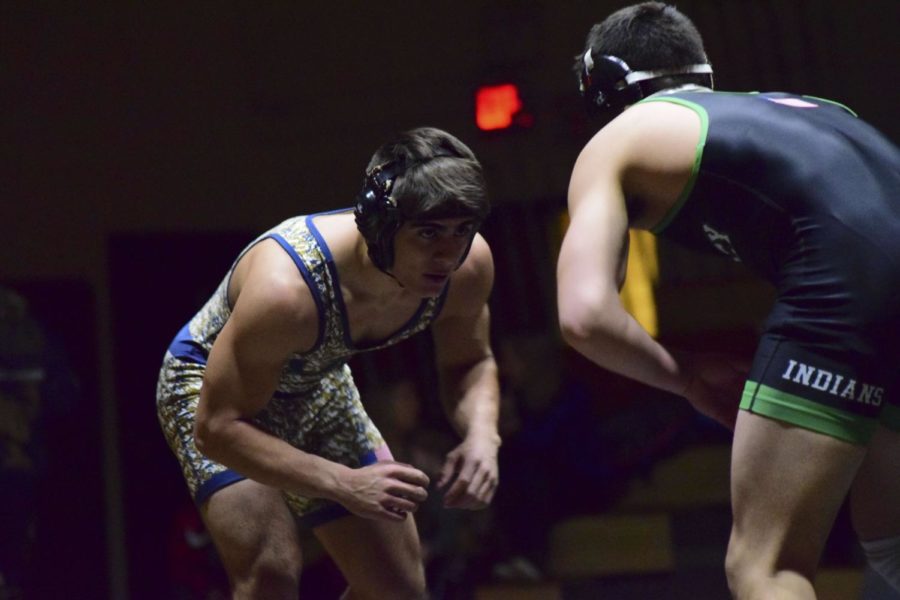 NVOT’s varsity wrestling team competed in a quad-meet held at Cresskill High School on Saturday, February 10. It was originally supposed to be a tri-meet with Cresskill and Waldwick High School, but turned into a quad-meet when Bogota High School was added.

Prior to the quad-meet, the wrestling team was missing a few members due to the flu. “We knew it would be a little more challenging having to wrestle without guys from our varsity lineup,” said sophomore Alex Bedoya. Despite this, they still won all three matches of the quad. “Even with multiple wrestlers missing, the holes in our lineup were filled,” said Bedoya.

Although he acknowledged that the usual lineup was not on the mats, Head Coach Mr. Robert Ortiz still praised members that worked hard. “Alex Bedoya was losing against Bogota 2-0 and then pinned his opponent in a headlock,” explained Ortiz. “[Senior] Ryan Brackenbury was also losing 2-0 against Bogota (at 126) and got a takedown and a cradle for the pin in the last 30 seconds of his match.”

The team’s next match is on Saturday, February 17 at the District Tournament in Pascack Valley.