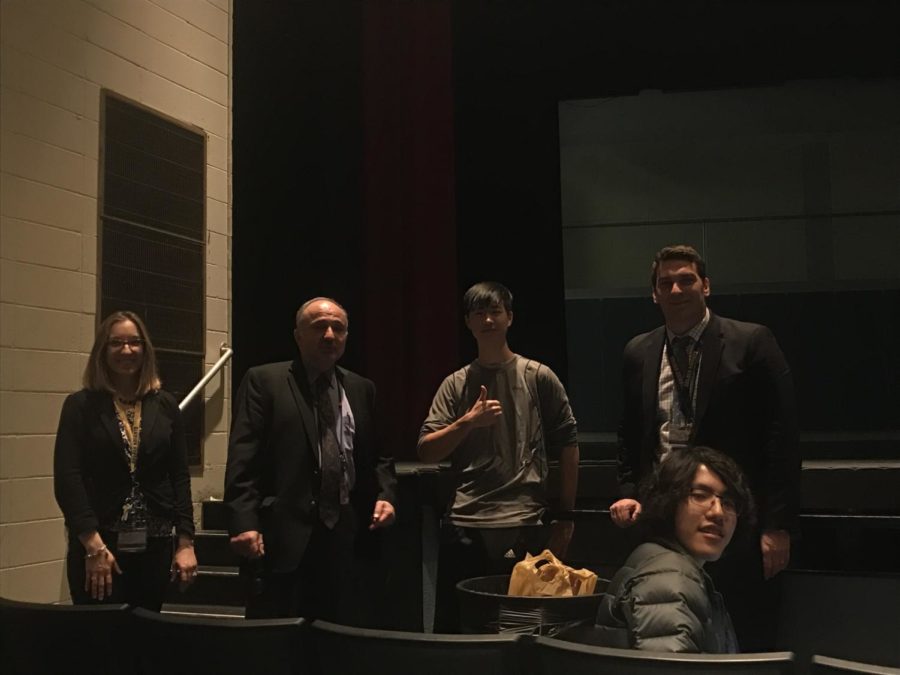 Student leaders met with the administration to discuss the school's response to the shooting at Marjory Stoneman Douglas High School.

The shooting at Marjory Stoneman Douglas High School in Parkland, Florida has sparked movements in schools all throughout the country, and NVOT is no exception. On February 27, the Student Senate had a meeting where they agreed upon having a walkout on March 14. They then opened up meetings to the students on March 1, and March 5. These meetings were held in the auditorium to get students’ opinions on what the purpose of the walkout should be.

Principal Bruce Sabatini best summarized the goal of the walkout when he stated, “something tangible has to come out of this.” Despite the common goal, the student body was torn on the most effective way to produce tangible results in ending gun violence. The main question being: does our approach need to be political?

According to senior Sari Abolafia, the issue is too complicated to not take some sort of side. Abolafia said, “The avoidance of any political issue whatsoever will come off as the school being passive toward a really important issue that, while being controversial, is really important to talk about.” However, she does realize that it probably should not be made political if the administration is involved.

Others believe that taking a political approach at all would deter change rather than bring it forth. Senior Hana Bernik said, “to actually fix this both parties have to come together.”

Senior Danielle Mancinelli also felt that instead of using the walkout to push a political agenda, we should use it “to come together as a school” and “promote positivity”.

Sophomore Aaron DeNicola still felt that simply honoring the victims would go against the action that students in Parkland are trying to take. He felt that by simply respecting the victims we would be ignoring that they want more than just our thoughts and prayers. During the March 5 meeting he said, “Trying to change the one thing that they’re trying to do is not respecting them.”

Ms. Cheryl Koehler felt that the issue did not need to be made political in order to bring about the change that the Parkland students would have wanted. She explained how, “The event is not about gun control, it is about ending gun violence, and you can do that by promoting a positive environment.”

Overall the conclusion reached through the meetings can be summarized by Mr. Brook Zelcer who said, “We should show some unity here and solidarity, and take political action individually.”