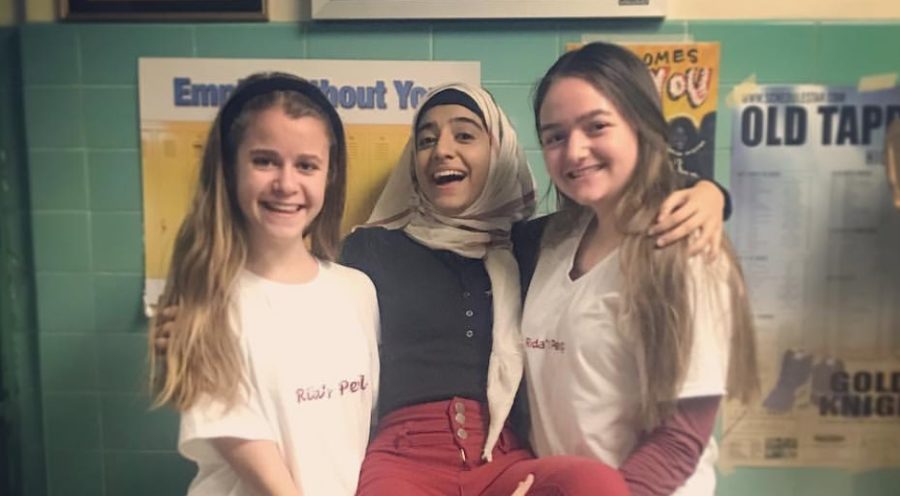 Rida Qureshi is a regular sophomore at NVOT. She’s the kind of student who stops at Starbucks weekly to get her usual chai latte, and who aims high for grades while spending her nights studying for APUSH rather than sleeping. However, she has qualities that make her stand out from others, and everyone who knows her knows it. Just last month, Qureshi stood in front of a large audience ready to perform her favorite poems. Her talent was so evident, in fact, that it brought her to the statewide Poetry Out Loud competition which sparked school-wide excitement and support to come her way.

She started her journey as most students do, by performing her poems in front of her English class to her fellow classmates. After winning second place the previous year, she came back with a new outlook on the competition. However, this year was different because everyone already knew that she was capable of performing. “The first time I saw her perform in our classroom,” English teacher Ms. Jennifer Dee stated, “it was so moving that I cried.”

Due to her outstanding performance within the classroom, her talents moved to the school-wide event, where she continued to blow the audience away. Sophomore Marielle Santos stated that it was “really amazing to see her perform up there because I’ve known her for such a long time. I was honestly so proud to see her confidence shine up there.” 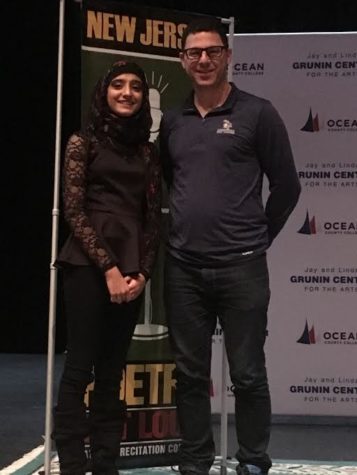 The poem she read was titled ‘If They Should Come for Us’  by Fatimah Asghar, and this sole moment for her was considered the “only victory that mattered” between her and her mentor, Mr. Jeffrey Train. This competition was the most significant for Qureshi not only because it was her favorite, but because it was the poem that showed the entire school what she could do. This poem, otherwise defined as “a poem about solidarity and finding your ‘people’”, was about a Muslim man living in America, said Qureshi. She was “terrified of how the school body would react,” as she said, “even saying it, my knees turned to jelly on that soapbox”. She described the experience as “a way to voice the fear and anger and sadness I felt without fear of retribution”, and even after, she was “400% sure [she] wouldn’t even place in the top three”. However, when the results came in, she surpassed the other competitors and was set to move to the next level.

Once she knew she would be facing people from other schools, not just students she knew from her classes, the real preparation began. She considered Train as her “sensei”, as she called him, because he guided her from the beginning. “He’d show me TED talks, Kung Fu Panda clips, [and] Star Wars clips. Whatever he pulled out always seemed to help with the nerves and negative thoughts and got me mentally prepared for being on stage,” she said.

When she continued on to the regional competition, everyone she loved and cared about was standing behind her. Qureshi believed that “the prospect of doing the comp with some of my best friends really drove me to commit.” They would go all out, with her closest friends making T-shirts with ‘Rida’s People’ written across the front. “Mr. Train basically planned the whole T-shirt thing and we were all given them the day before,” Santos said. “We surprised her in her first poem when we all took our jackets off and revealed them. We looked like a bunch of proud moms.” Even those who could not make it found a way to support her. “The friends of mine that I didn’t bring were supporting me in other ways—watching the live stream, texting me before I went on,” Qureshi stated. All of this support may have helped her to move on. But everyone who watched her knew that it was her talent that swayed the judges. “She has an understanding of things beyond her age… that’s how she stood out among other contestants,” Dee mentioned.

The most terrifying competition, according to Qureshi, was states. She was aware that the more competitions she won, the harder the next one would be. She read her poems, which were ‘Monet Refuses the Operation’ by Lisel Mueller and ‘Idea 20: An evil spirit, your beauty, haunts me still’ by Michael Drayton. “I did mess up, at states,” she mentioned. “I was a nervous wreck.” This competition ended up being the moment when her journey ended, however, it didn’t mean the love and support from her friends and teachers stopped. “Everyone on the trip, a group of ten, was so proud when she came on the stage and when she recited her poem,” Spanish teacher Mrs. Magdeline Rabelo commented. “We would say ‘Rida, you won just by being here’. We truly meant it.”

“One thing that Ms. Dee said stuck with me until now: ‘If you go up there and squawk like a chicken we’ll still be cheering the loudest,” Qureshi said. “Mr. T, Ms. Dee, and Mrs. Rabelo rooted me on every step of the way.”

In the end, everyone that watched her on stage could see that she grew as a performer during her experience. “How she grew was that she thought she was doing this poem for other people, but she realized she was doing it for herself.” Dee said. “The performance didn’t change, but it changed her.”