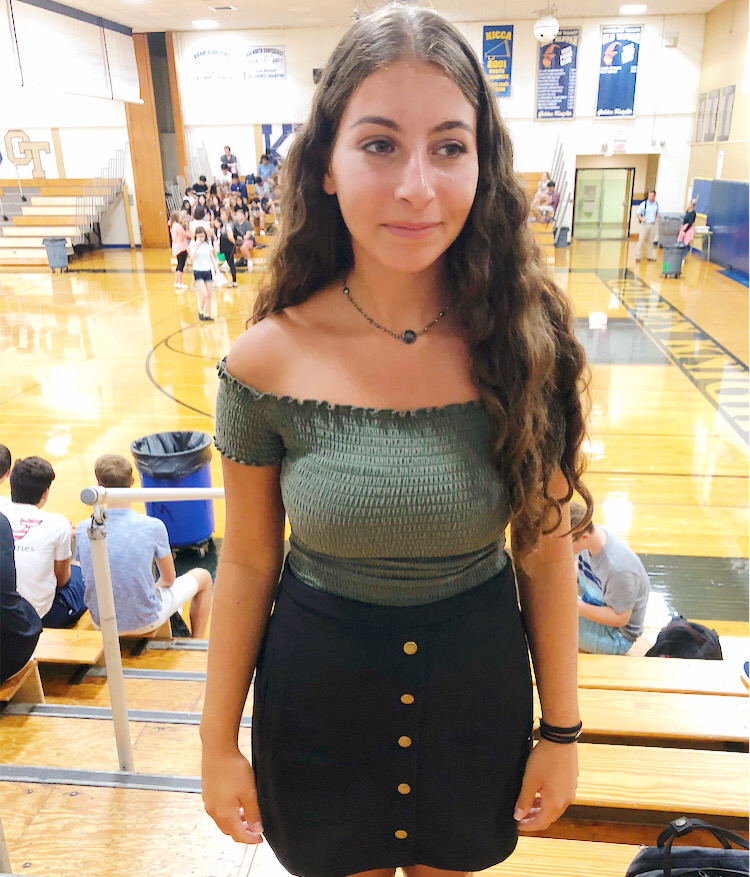 The first week back to school can be a little stressful as students receive new classes and teachers while trying to dress their best to make a good first impression. This school year, the first week consisted of two delayed openings, which gave students more time to get ready in the morning. As a result, fashionable clothes were seen around NVOT.

Senior Kamryn O’Connor said her reason for dressing up at the beginning of school was “because when winter comes [I] just put on a sweatshirt and leggings, so [I] dress up in the fall and the spring.” Since late summer and early fall consists of generally warm weather, students take advantage of the weather and choose clothes like shorts, skirts, and/or dresses for school.

Meanwhile, some students did not dress up for the whole first week of school and only prioritized the first day. Senior Kathlyn Ianos said, “I’ll dress up on the first day, but then that’s it.” She continued, “You just want to have a nice first impression.”

Although the whole idea of making a good first impression is often shared by students in all four grades, freshmen have it slightly different as it is their first experience in high school. During their first week, some freshman felt pressure to dress up. Junior Eunseo Jun backs up the argument by saying, “There are people dressing up in school- seniors and juniors here especially- and [freshmen] just look at them and are like ‘yeah I should dress up like that too to fit in.” Freshman Olivia Klein responded, “In general, I feel freshman tried very hard the first week in order to make a good impression on their new peers around them.”

When it comes to back-to-school, no matter what grade, many students dress up a little nicer, whether it be for the whole first week or just the first day.