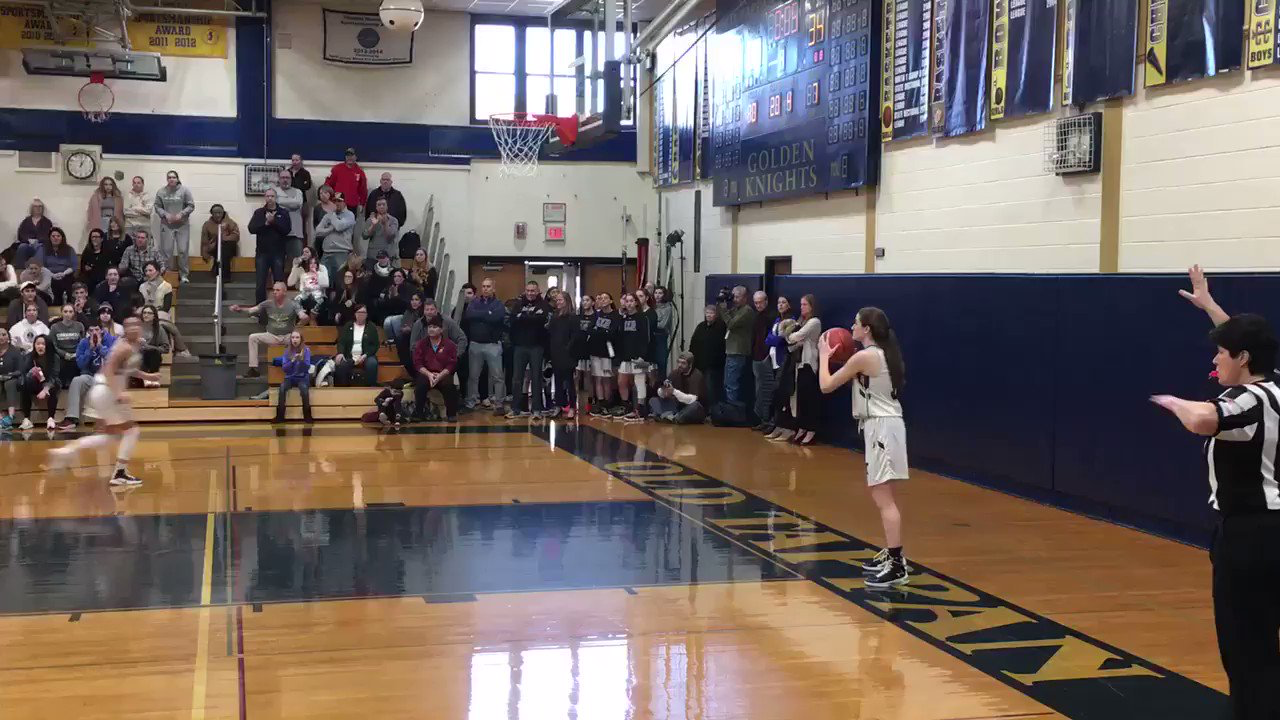 Six seconds left on the clock. With a score of 33-34, the NVOT girls basketball team was just 2 points off from winning. Senior and team captain Noelle Gonzalez sprinted down the court and glanced at the clock once more to find herself with 3 seconds to spare. She didn’t hesitate. She lifted her arms above her head into perfect form bending her knees and leaping off the ground. The crowd silently gazed at the ball in amazement as less than a second is left on the scoreboard. The buzzer was almost hard to hear with the crowd’s overwhelming hollers and cheers.

It was clear that she was in it to win it against Cresskill. With a final score of 35-34, Gonzalez’s buzzer beater was just enough for the team to end with a victory.

Head Coach Brian Dunn said, “It was a tight game the whole way. We made a couple of mistakes down the stretch and went down by a point with 6 seconds left. We had a timeout and were able to set up a play that we practice often. Noelle does what she always does and sets up in big moments. She has been there before and was ready for the opportunity to help her team.”

Gonzalez stated, “The excitement of our game against Cresskill lasted for a few hours but the next day we went back into practice and pretty much forgot all about it. While it’s fun to win games like those, it is important to keep getting better and preparing for our future opponents rather than letting that single game define us.”

Gonzalez has made a noticeable impact since the very start 3 years ago, and throughout this year’s season. She came into this year’s basketball season with her head held high and hungry for success.

Dunn, who has been a part of Gonzalez’s journey throughout the years, has seen her blossom into the athlete she is today. He said, “Noelle’s impact is in a variety of areas on the court. She can defend, score, handle, rebound, and pass. She leads by example and loves the game. That is contagious and rubs off on others.”

Sophomore Jenna Fitzgerald, who has been Gonzalez’s teammate since middle school said, “She’s always been a dominant player for the team but in high school, she really took her best skills and was very reliable in hard situations such as the county game against Cresskill. She’s always been a player I could look up to. She motivates not only me but the team, to do better.”

Gonzalez has been a dedicated athlete on NVOT’s basketball team for all 4 years of her high school career. In terms of her impact on the team, she said, “I’m really glad I’ve gotten to play on this team for the past four years. Even though sometimes it is a lot of work playing for days straight without rest and being so busy all of the time with practice and games, I wouldn’t want it any other way.”

With her drive, passion, and commitment to leadership, Gonzalez plans to continue her basketball journey at the University of Scranton. If her career here at NVOT is any indication, she’ll leave a very similar mark on that program.