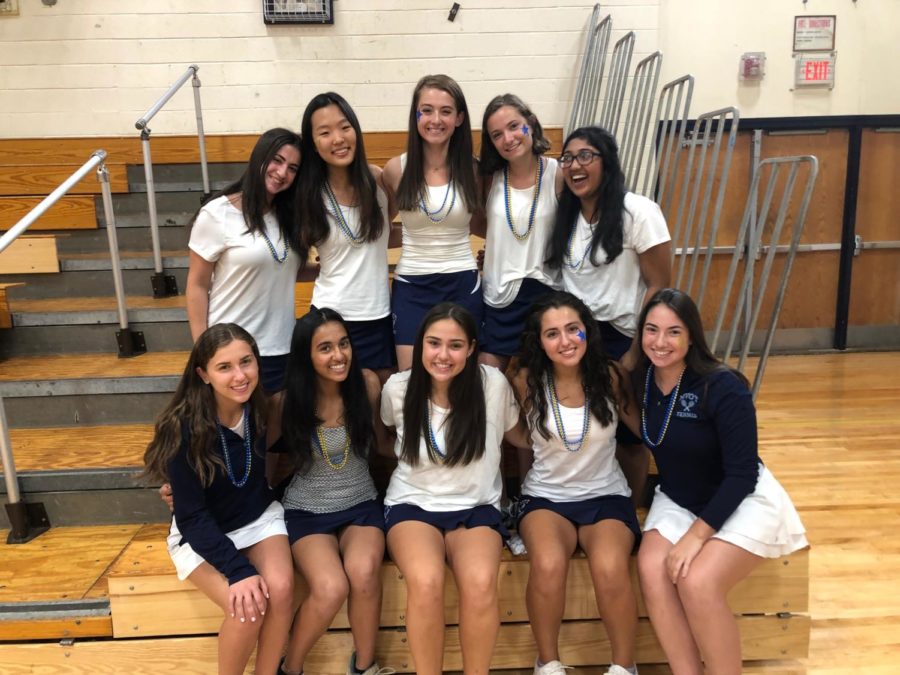 With only ten girls, the tennis team is small but mighty.

Despite having a challenging season, the girls tennis team fought through their schedule and finished the season with an overall record of 9-10. However, what made the season truly memorable were the bonds that the team made.

The tennis team itself was small, with only 10 girls on it, but the small size of the team allowed the girls to bond over the course of the season. Captain Alexa Spilotras said, “I’m going to miss how close we all were and how we all came from different friend groups and would have so much fun together.”

The team practiced all summer and into the beginning of the school year. This time spent together, allowed camaraderie to take root. Junior Melissa Silva said, “Everyone on the team wants the best for their teammates. We all encourage each other and push each other to do our best.”

Even off the courts, the girls were together. Silva said her favorite moment from this past season was “when the team got together and had a pizza party. It was a lot of fun to hang out with everybody off the tennis courts. I was happy to see that everyone on the team had such a good relationship!”

With fall sports coming to an end, many seniors are faced with letting go of sports they have played since they were kids. Captain Isabella Ferraro said, “Without a doubt, I am going to miss the girls. In a small team like ours, we’ve become a family… We all bonded in a way that is indescribable. I looked forward to every second I could spend with my team on and off the court.”

Passing on the legacy of the tennis team is very important to this year’s senior class. Ferraro wants incoming freshmen “to play tennis! The tennis team is made up of a great group of girls who are motivated and determined to do well but also love to have fun and joke around.”

Spilotras left some advice to the current players saying, “try really hard and get a better record than us. More importantly, have the best time ever!”