The Knight Before Christmas Movie Review 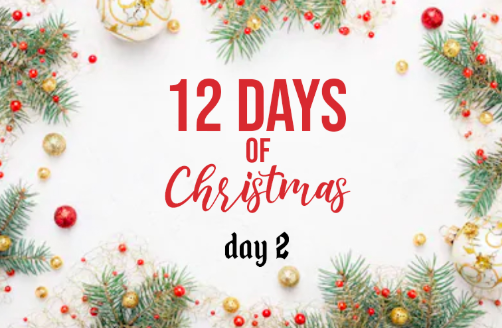 The Lance's writers celebrate their favorite parts of the holiday season.

The Knight Before Christmas follows Cole, a 14th-century knight who is transported to 2019 just before Christmas. There, he meets Brooke, who is reeling from a recent breakup and feels she will never find “happily ever after.” In order to return home and become a “true knight”, Cole must fulfill a quest by midnight on Christmas Eve. Brooke helps Cole adjust to modern life while he tries to figure out what his quest is and how to complete it. Together, with the help of Christmas spirit, they reevaluate what they know about life and love. This Netflix original movie became available for streaming on November 21, 2019.

Warning: spoilers ahead!
Plot:
Olivia: I didn’t think it was that bad; it was actually kind of good. Basically Cole needs to complete a quest and he doesn’t know what it is. I liked that Cole had to find out what the quest was, even if it was kind of obvious. I also liked that after Cole went back to the 14th century,  he realized that he wanted to be with Brooke. It made the ending better because he choose Brooke over his old life. I think that even though this storyline was easily predicted it was still cute, and everyone ended up happy, which I liked. However, I was disappointed that there was no epic brawl between the ex and Cole. When Brooke and Cole were in the diner and they saw her ex, I was expecting some sort of confrontation, but nothing happened.

Siena: I feel like the movie centered around Brooke babysitting Cole without having an actual plot. For example: Brooke reprimanding him after he almost wrecked her car (admittedly, this was Brooke’s fault… she should have been able to tell that this man did NOT know how to drive). I know that these scenes contribute to the endearing romcom factor, but they could have been executed in a way that added to the storyline while still having Cole act his age. It took me more than halfway through the movie to realize that the MAIN storyline was that Cole was searching for a quest to complete. It wasn’t that the plot was unclear, but rather that I thought it was just an underlying plot so something more interesting could take center stage. Also, it was obvious within the first twenty minutes that (spoiler!) his quest was for him to find love and that the object of his affection would be none other than Brooke. The plot felt very safe, and although that is expected for a lighthearted Christmas romcom, I could easily predict what would happen next, which made the movie significantly less interesting.


Characters:
Olivia: Brooke was kind of a loser. When she confessed her sad, pathetic love life to her student, it was hard to watch. Also, I’m not saying the acting was bad, but it definitely wasn’t good. Cole was fine except for being really childish–like when he put six hot chocolates in the shopping cart even though Brooke said to only get one (toddler vibes???). But he’s from the 14th century so I guess he gets a pass. The rest of the characters were fine but they weren’t that memorable.

Siena: All of the characters were likable, for the most part. Brooke’s sister, Madison, and her daughter, Claire, were good additions that contributed to the ~family-oriented experience~. But I feel the need to point out that Brooke referred to Madison as “sis” within the first five minutes. No one calls their sister “sis”; I don’t have any siblings and I even know that. There could’ve been a better way to introduce the fact that they’re sisters. Also, Brooke’s character came across as one-dimensional. She was sweet but didn’t have a notable personality, and she wasn’t interesting enough for me to want to root for her. I also feel the need to mention that she invited a stranger who thought he was a knight to stay in her guest house—that was not smart. I’ll let it slide because Cole was harmless, and otherwise, there wouldn’t be a movie.


Ending:
Olivia: I really liked the ending even though it was cheesy, because Cole and Brooke ended up together. However, at the Christmas party, when Cole gave Brooke an orange, I was SO confused. It seemed like some sort of heartfelt gesture/inside joke, but I was lost. After he finished his quest and he went back to the 14th century, he realized immediately that he wanted to go back to 2019. Even though it was a little too easy for him to get back, I let it slide because I like happy endings. I also liked how Cole’s brother told him to go after Brooke, it was a nice way to wrap up the plot.

Siena: This next part will only make sense if you’ve actually watched the movie: I liked that Brooke ended up finding the bean in the bread, but it felt insincere when she wished out loud. If viewers were paying attention in the slightest, they should have known what Brooke wished for without her having to say it! This was an issue for me with the whole movie, as many things that should have been subtle suggestions were explicitly stated. Let the audience do SOME thinking… despite that, the ending was alright. Having Cole come back to Brooke on Christmas morning highlighted the Christmas aspect of the movie really well.


Best Scene:
Olivia: When Brooke finds the ornament that Cole made her. It was really sweet, especially because this was after Cole had already left. It made Brooke miss him more and made his coming back that much better.

Siena: Is it bad that nothing comes to mind right away? Um… I guess my favorite part was when Brooke hit Cole with her car because that’s how they first met, plus it jump-started the beginning of a pretty cute relationship. It was also kind of funny, as far as Christmas romcom humor goes.


Worst Scene:
Olivia: The worst scene by FAR was when Cole was learning about life in 2019 and he showed Brooke that he could speak in present-day “slang”. For example, when Cole tried on his new clothes and he asked Brooke, “What do you think of these awesome new threads?” And before she could respond, he said: “They are straight fire.” It was so bad. I physically cringed.

Siena: The scene in the diner when Cole yelled “Wench!” to get the waitress’s attention pained me to watch. I know he wasn’t trying to be rude, but the way everyone turned to stare at Brooke and Cole gave me major secondhand embarrassment.
Overall:
Olivia: Technically, it wasn’t a “good” movie—but, it had a lot of cute scenes and was a fun Christmas watch. Honestly, if you can get past the bad acting and cringey parts it’s pretty okay. However, I still don’t understand the orange. Rate: 6/10. I found it entertaining, and I always love a happy ending.

Siena: Flimsy plot, subpar acting, but cute concept. In the words of my mother, who I forced to watch this movie with me, “This is so bad.” I would watch again if I was desperate for entertainment. I give it a 3/10. (Extra points for the warm, Christmas-y feeling, and for the puppy at the end.)  I wish I could give it a higher rating but sadly, it doesn’t deserve it.