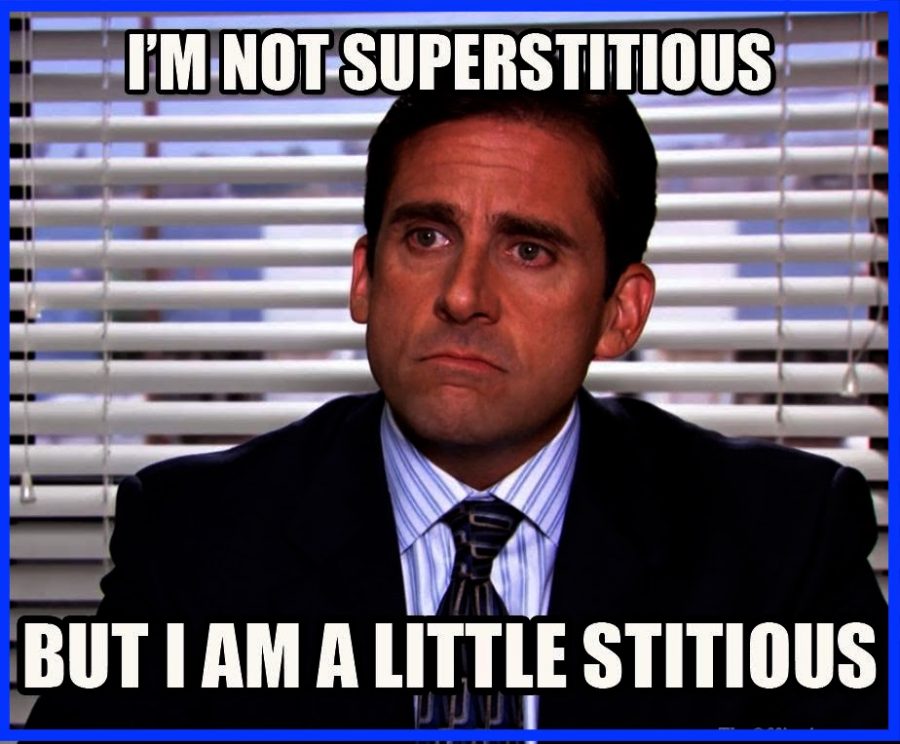 The end of an era for The Office fans: May 26, 2013. After nine glorious seasons, one of America’s beloved comedies came to a close. After Netflix began streaming it, the television series began attracting a new generation of viewers. Even though the show ended, it maintained popularity throughout the country.

The actresses of The Office, Jenna Fischer and Angela Kinsey, who play Pam Halpert and Angela Martin on the series, just recently started a new podcast called The Office Ladies, where they share behind the scenes tidbits of the show that are exclusive from cast members, as well as aspects of the show that might not be noticeable at first glance. This podcast offered a way for people to hear about the show again, causing more viewers to want to watch it following the podcast’s release.In this article, Gianna and Kristen will debate their feelings about the podcast.
Content
Kristen: The podcast offered a lot of information from behind the scenes that were really interesting and helped me gain a better understanding of what was going on during filming. It made me feel like I was more connected to the show and get a feel for what it was like to be on set. Both Fischer and Kinsey elaborated on different experiences they had and resulted in my re-watching the show and looking for the easter eggs that they mentioned, as well as knowing what actually took place when filming these scenes.

Gianna: The Office Ladies spoke about the background and little facts about each episode, but a lot of the time Jenna Fischer and Angela Kinsey were too redundant with their information. They tended to repeat what the previous one would say and sort of talked in circles. They also included real-life facts like how to cast is today. 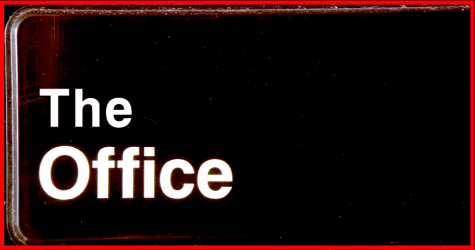 Podcast vs. Real Show
Kristen: I felt that the podcast didn’t necessarily resemble the show, but rather offered some insight as to what being on the set was like. In other words, the podcast itself was not a replacement or a sequel to the television series but more like behind the scenes information to help better understand the show and its filming.

Gianna: I found the podcast and the real show to be two totally different pieces of media, but to understand the podcast you needed to have seen the whole show or at least a majority of the seasons. Although it helped the listener better understand the show itself the podcast is something that you can watch without seeing the show.
Overall Rating
Kristen: Overall, I give this podcast an 8 out of 10. As someone who watches the show on a regular basis, I really enjoyed hearing what the actresses had to say about the filming behind the scenes. I also loved rewatching the show after listening to the podcast to look for the hidden things that were mentioned. In addition, I really liked how the commentators were very prepared ahead of time of the airing and resulted in the podcast going smoothly. Even though they both have backgrounds as actresses, they still pulled together a very good podcast despite having no background in that field. They even brought in guest stars to make things more interesting. Overall, I think that the podcast was very well put together and entertaining.

Gianna: Kristen made me begin watching The Office in the first place and after hearing her numerous jokes about it that I did not understand, I decided to watch. Although I did not get completely into the show I decided to listen to the podcast as well after Kristen raved about it. After the first few minutes of the hour-long podcast, I got kind of bored and found the speakers begin to repeat themselves and talk in circles, which impacted the content of the podcast as a whole. Both Kinsey and Fischer had index cards and referenced them during the hour, but I felt that at times the podcast sounded very rehearsed and both actresses were not talking as freely about topics as they could have. What I did like about this podcast was that it was very kid-friendly, allowing all watchers to enjoy even though at points the show itself is not. Also, I enjoyed learning about the actors in real life and finding out that they are all still a part of each others’ lives even though the show ended. I would rate this podcast a 4.5 out of 10 for these reasons. 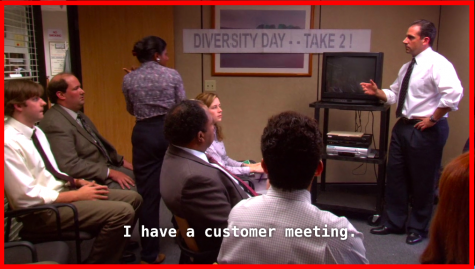 Season 1 Episode 2: Michael decides to create a diversity day after there are some problems at work.

Gianna: Although, I enjoyed most of the episodes I feel like only true The Office fanatics would like it. I would only recommend it to those that saw the actual show because without the background information the podcast makes no sense, which is a downside to it. Each podcast is also around an hour, which I find kind of long and hard to stay focused for that long.