And the Award Goes to… Politics!

Politics in acceptance speeches are great... if done right 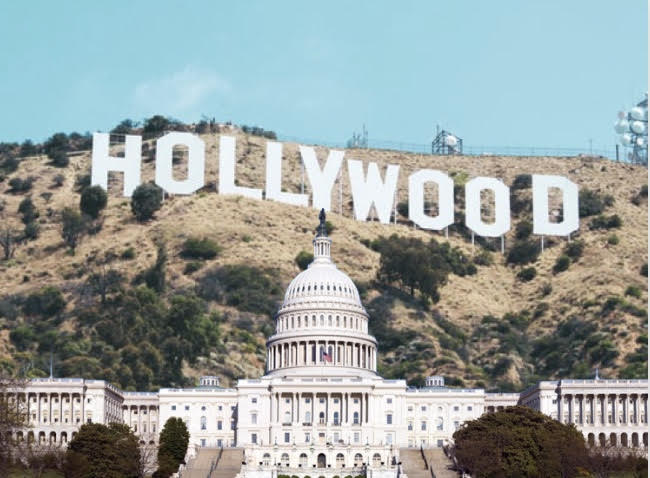 The 77th Golden Globes officially kicked off the awards season in Hollywood on Sunday, January 5. This is the time when people can see celebrities from their favorite movies and TV shows get all dressed up and celebrate each other’s work. However, current events have made our society very divided, and many celebrities use their acceptance speeches as platforms to share their beliefs and influence others. After all, award shows may be the biggest platform those celebrities will ever have, so they might as well use it to try to make a difference.

Discussing politics does not always make for a great speech. If a celebrity uses his or her moment in the spotlight to rant about his or her political opinions, it can be cringey and inappropriate. However, when celebrities have something meaningful to say to those watching—instead of trying to preach to others—the result can be a truly inspiring speech.

Many people, however, simply do not want to hear celebrities’ political views, and think that award ceremonies are not the place for them to be shared. Sophomore Grace King believes that celebrities should avoid mentioning politics in their speeches because “an award show is about how they won the award and not what their feelings on political issues are right now.” She doesn’t believe it is “the right platform where they should be saying it.”

Similarly, sophomore Mia Setrakian thinks that celebrities “shouldn’t be bringing politics, or whatever else that they are advocating for, into the awards ceremony,” and that they “should be doing that somewhere else.”

Sophomore Nathan Kim agrees and thinks that celebrities “should stick to what they are famous for doing” when accepting awards.

These statements echo the general attitude of my classmates and many others, who believe that celebrities should ditch the political talk in their speeches. However, some of the greatest acceptance speeches have included politics and current events. It is true that some speeches may miss the mark, but when celebrities talk about politics in a tasteful and relevant way, it can be very impactful.

One celebrity who had an inspiring speech at the 2020 Golden Globes was Michelle Williams. When accepting her award for best actress in a mini series, she said, “When you put this in someone’s hands you’re acknowledging the choices they make as an actor… But you’re also acknowledging the choices they make as a person… I’m also grateful to have lived in a moment in our society where choice exists…” Williams—who is pregnant—was hinting at the recent controversy surrounding abortion rights. She stated her views eloquently, in a way that was relevant to events that impacted her life and career. By mentioning her own experience, she reminded viewers how important abortion rights are for the lives and careers of women.

One political speech that did not land as well was Patricia Arquette’s at the 2020 Golden Globes, as she accepted her award for best supporting actress in a limited series. In the beginning of her speech she said, “I’m so grateful to be here and celebrate this but also I know tonight, January 5, 2020, we’re not going to look back on this night … in the history books we will see a country on the brink of war.” This was emotional and relevant to the award show while still talking about current events. However, she continued by listing current events such as Trump’s tweets, the war with Iran, and the Australian wildfires. She concluded by saying: “So while I love my kids so much, I beg of us all to give them a better world, for our kids and their kids—We have to vote in 2020, and we have to beg and plead for everyone we know to vote in 2020.” By ending her speech this way, Arquette turned her emotional speech into an opportunity to preach about her political views to the audience, rendering the speech ineffective.

One of the best speeches in award show history was Oprah Winfrey accepting the Cecille B. DeMille award at the 2018 Golden Globes: “So I want all the girls watching here, now, to know that a new day is on the horizon! And when that new day finally dawns, it will be because of a lot of magnificent women… and some pretty phenomenal men, fighting hard to make sure that they become the leaders who take us to the time when nobody ever has to say ‘me too’ again.” Winfrey’s speech touched on the “Me Too” movement that was happening at the time, while relating to her career and beliefs. She made a connection with those watching and tried to inspire others to strive for change, creating a passionate and heart-felt speech. Winfrey didn’t try to preach to the audience or get people to agree with her, she simply wanted to share her experience and make a difference.

Bringing politics and current events into acceptance speeches is not always a bad thing. Despite the chance for controversy, celebrities can have a huge effect on an audience or on a cause. The delivery makes the difference between an awkward, preachy speech and an impactful message and actors who choose to take this path should pay as much attention to their own words as they do the lines they speak on screen.