Spike Your Way Through the Day 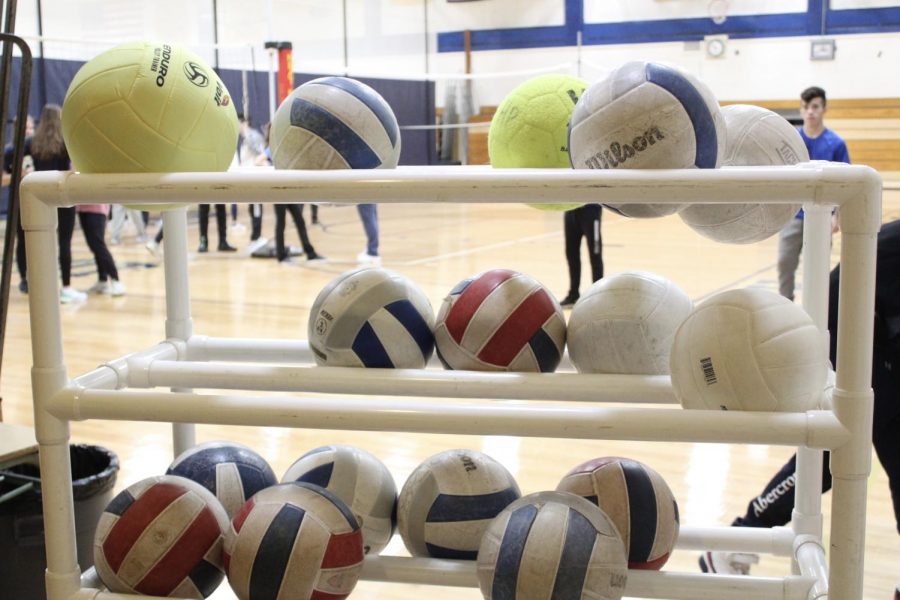 Volleyballs wait to be spiked into the gym floor.

Walking past the north gym, you hear classic rock music blasting, children screaming, and dreams crumbling. If you’re anything like most OT students, those sounds don’t scare you–they hype you up. You know that you’ll now have a platform to seek your revenge on those who wronged you. Whether it is a teacher who gave a test on a Friday, a freshman who didn’t hold the door, or a college acceptance letter that has clearly been lost in the mail–you can bump that frustration away with school’s closest equivalent to war: gym volleyball.

Volleyball offers the greatest stress relief to a student. Being able to smash a ball into the gym floor with your closest friends right after you’ve finished a tough geometry class of nonstop proof-solving, a history DBQ, or a rough Chemistry quiz— I can’t think of a better way to spend the rest of your school day. No other gym sport provides students with the same type of exhilaration they get when they play gym volleyball.

Many NVOT students agree about how thrilling gym volleyball is, such as senior James DeVincent who said, “I’ve won the tournament with my team and it felt really cool because it felt like we were on top of the world and got to talk smack to the other teams for the rest of the day. I’ve liked it since my freshman year.”

Gym volleyball has been a part of OT since the beginning and students live for the thrill. NVOT graduate and history teacher Christine Massaro remembered that she “was able to use [her] skills to really pound that volleyball every class! There were no blockers like the ones [she] played against in competitive volleyball, so it was easier to just get up there and slam it down.”

Some people argue that chaos is overwhelmingly unbearable and the state of the gym is something out of Lord of the Flies. Senior Jenna Bargisen described it as, “the physical equivalent of being stuck doing a group project; there’s the only kid who cares and yells at everyone else to participate, the kid who takes credit for everything and steals the ball away, the two sitting in the back doing nothing, and the one kid who tried their best but is yelled at anyway.”

Although there is no denying that gym volleyball can get carried away with the amount of yelling, bruises, and sometimes even broken bones, it’s all a part of the great game. The competitive spirit that comes out of students can only happen during this extreme right of passage. The gym volleyball court is the melting pot of personalities, making it the purest, most complete part of OT culture.