Could these bracelets of many shapes ever make a comeback? 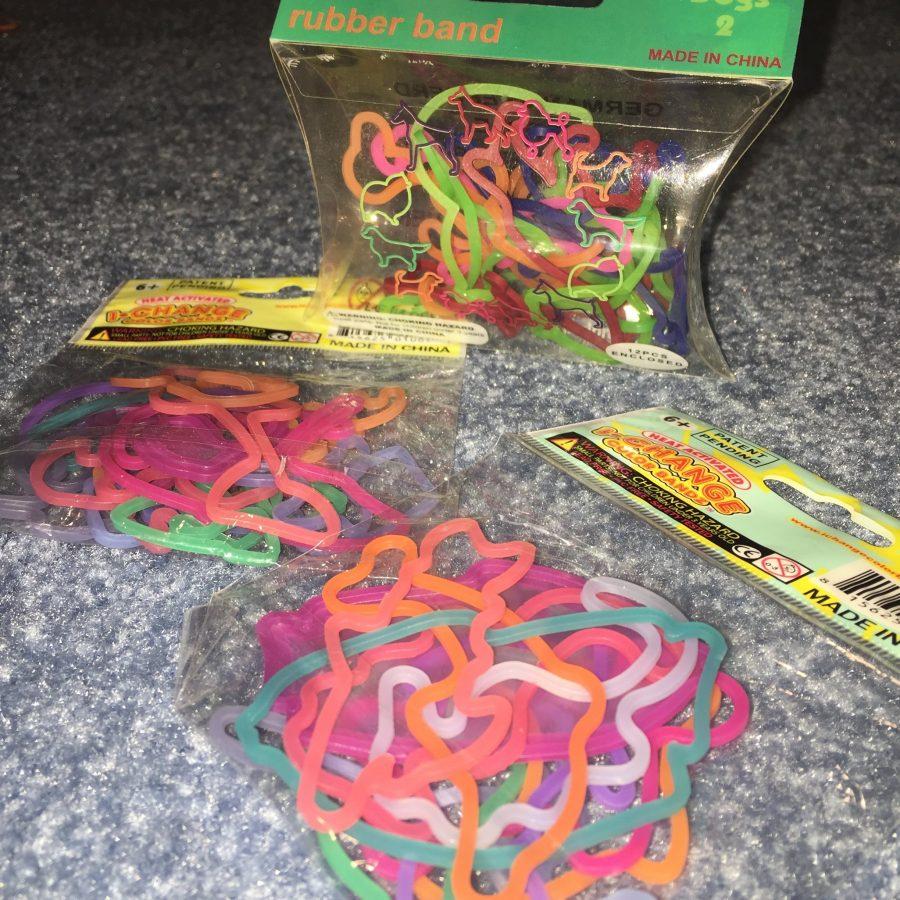 So I tried to bring back Silly Bandz and make them a thing again at the high school. Now honestly, I do not know if they will catch on, but they are surely have great potential to do so.

Silly Bandz are rubber band bracelets that were extremely popular about five years ago. After they are taken off, they shape into various objects such as animals, symbols and shapes. Silly Bandz are bought by the bag and come in packs based on their shape and you can even purchase a variety pack.

This raises the question of why were they so cool in the first place? The answer is simple: they are awesome. They can be collected by shape, size, color, animal, object, or literally anything else. Peers would also compete over who could get their hands on certain ones.

Silly Bandz can surely make a massive comeback if enough people tried to reboot the trend. When I wore them to school, I had a purple dolphin, a blue star, and a red foam finger, and other people were constantly asking me if I was wearing Silly Bandz. They generated nostalgia amongst the students as they talked about their favorite ones and how they used to be obsessed with them. There was also some curiosity as to why I was wearing them, showing how memorable the bracelets truly are.

Some may think that these silly (pun intended), little rubber bands may be a thing of the past, but there is still interest. If enough people began to wear them again, and did not worry about being “uncool,” they can definitely make a comeback.