8 Things to Know About the 8 Nights of Hanukkah 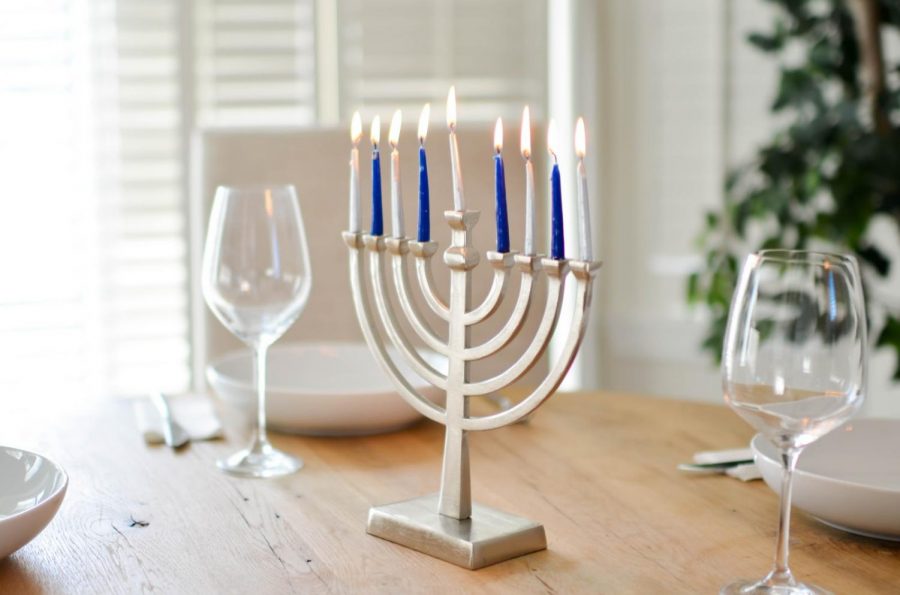 After watching my friends celebrate Christmas for so many years, I wanted them to be able to get into the Hanukkah spirit as well. I’ll never get tired of driving past homes with their Christmas trees covered in ornaments, or seeing a city lit up with lights, but the menorah could use some love and attention too! To do this, I sat down with Jonah Kim, an avid Christmas celebrator, to get a better idea of what he did and didn’t know about Hanukkah. As we started to talk, I was surprised to find that while he knew what Hanukkah was, there were so many interesting facts that he was shocked to find out, and I was shocked to discover he didn’t know. That’s when we realized how many people are likely missing out on the most interesting parts of the holiday — they’re Hanukkah deprived! To fix this, I had Jonah ask me a series of some “must-know” questions about Hanukkah so that everyone could join in the holiday fun.

Jonah: When is Hanukkah this year and does it typically fall on the same 8 days every year?

Brooke: This year Hanukkah starts on the night of Thursday, December 10 and goes until Friday night, December 18, but it’s not the same every year. Hanukkah rarely ever falls on the same eight days because it is not based on the calendar that Americans are used to. Instead, Hanukkah always falls on the 25th day of Kislev, which is based on the Hebrew calendar, so the date can fall anywhere between late November and late December.

J: So what’s the history of Hanukkah anyway?

B: Hanukkah is meant to commemorate the rededication of the Second Temple in Jerusalem where Jews had to rise up against their Greek-Syrian oppressors in the Maccabean Revolt. In this revolt the Jews meant to cleanse the Second Temple, rebuild its altar, and light the menorah, a battle that they in fact won.

J: Then where do the 8 nights of Hanukkah come from?

B: So after the revolt, Jews needed to light a candle but they only had enough oil for one night. However, to their surprise a miracle took place. The flames continued to flicker for eight nights, leaving them time to find a fresh supply, and making the eight nights of Hanukkah symbolic forever.

J: That makes sense! Are there any traditional foods eaten during Hanukkah?

B: Yes, for sure! Some of the most traditional Hanukkah foods include…

And some are really easy to make and try yourself. Here are a few recipes to get you started (but I highly recommend some chocolate rugelach).

J: How about presents? Do you only receive, or do you give presents as well?

B: Hanukkah is a holiday of giving and receiving! Every family has their own Hanukkah traditions and ways to go about giving out presents. For my family, we have a table (rather than a tree) that we store gifts below, so if you have a present for someone, you can put it below the table. Each night every person in the family gets to select one present to open for themselves, until the last night where you open any remaining gifts you may have.

J: Okay, this is something I’ve never understood…why are there so many ways to spell Hanukkah?

B: So in the Hebrew alphabet there are often many ways to pronounce words, or intensify (double) a consonant. When the word Hanukkah was translated to the English language, classical Hebrew called for two k’s, or a difference in the beginning of the word (the English “ch” gets changed in Hebrew), which results in over 20 different ways to spell Hanukkah.

J: So there really is no wrong way to spell it. How about traditional practices or games during Hanukkah? I’ve heard of dreidel, but what is it?

B: Yup, that’s right! Dreidel is one of the most traditional and popular games played during Hanukkah. This game is played with a dreidel (a spinning topper) which has four Hebrew letters on each side and they stand for the saying “A great miracle occurred there” (this is symbolic of the oil story like I said before!). Any number of players can take part and the rules are quite simple. (To spin the dreidel and have some fun, click here to see the rules of the game.)

J: My last question is, how does the candle lighting work every night?

B: During Hanukkah, the menorah is re-lit every single night. On a menorah there is a middle candle called the shamash. Each night you light the shamash first and then use that candle to light the others (depending upon which night it is), and the candles are always lit right to left, the same way Hebrew is read. Once the proper number of candles are lit, you place the shamash back in the center spot and leave all candles lit until they melt/burn out on their own. Now at your next holiday party you can impress everyone with your Hanukkah knowledge. So go wish someone a “Chag Sameach!” (Happy Holiday) and get in the holiday spirit!