The U.S. Profits From Child Labor—and Gen Z is Starting to Notice

Why the Biden administration needs to address child labor 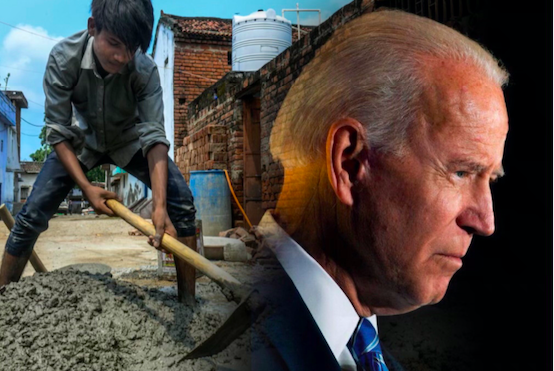 Taking office at a crucial time in American history, President Joe Biden’s administration faces urgent social, economic, political, and environmental issues. More than any other generation, Gen Z uses social media as a platform to promote these essential issues. The Lance wants to use our platform to raise awareness about the issues that matter to our generation and that we hope President Biden will prioritize in his first 100 days.

Eight-year-olds do farm work for our crops in the United States, 12-year-olds mine cobalt for our smartphones in the Democratic Republic of Congo, and 13-year-olds farm cocoa for our chocolate bars in the Ivory Coast. Child labor is a global issue that impacts 70 million children around the world, and countries like the US are profiting from it. This is an issue that President Joe Biden must prioritize, especially since our industries are actively enabling it.

Along with many other human rights issues, child labor is an issue that Gen Z pays attention to. We are starting to realize that brands we use every day (these companies include H&M, Microsoft, Apple, Nike, Old Navy, Walmart, Adidas, and many more) utilize child labor in their supply chains—oftentimes without the company’s knowledge. It is crucial that we no longer purchase and enjoy goods that were made at the expense of child laborers and the Biden administration must take steps to eliminate child labor not just in the US, but around the world.

In 1948, the Universal Declaration of Human Rights publicly established that forced servitude is illegal. However, according to the Global Slavery Index‘s most recent count, an estimated over 40 million people are involved in forms of modern slavery such as child labor. The use of child labor is not going away anytime soon.

Even though child labor is a global issue, there are actions that the US can take to lessen the problem. Child labor runs rampant in countries like the Democratic Republic of Congo, where war and poverty have left thousands of people displaced and vulnerable to forced labor. The US can and should make efforts to pressure these countries to strengthen their law enforcement, and strongly condemn countries that are not doing enough to prevent child labor.

However, the US government cannot end child labor itself—it must force our industries to have transparent supply chains to root out child labor. The US has already enacted transparency legislations, but they have not proved to be totally effective. Many companies simply put out statements saying they are against child labor instead of trying to prevent it. For example, Hershey, Nestle, and Mars recently came under fire for breaking their pledge to eliminate child labor from their cocoa supply chains.