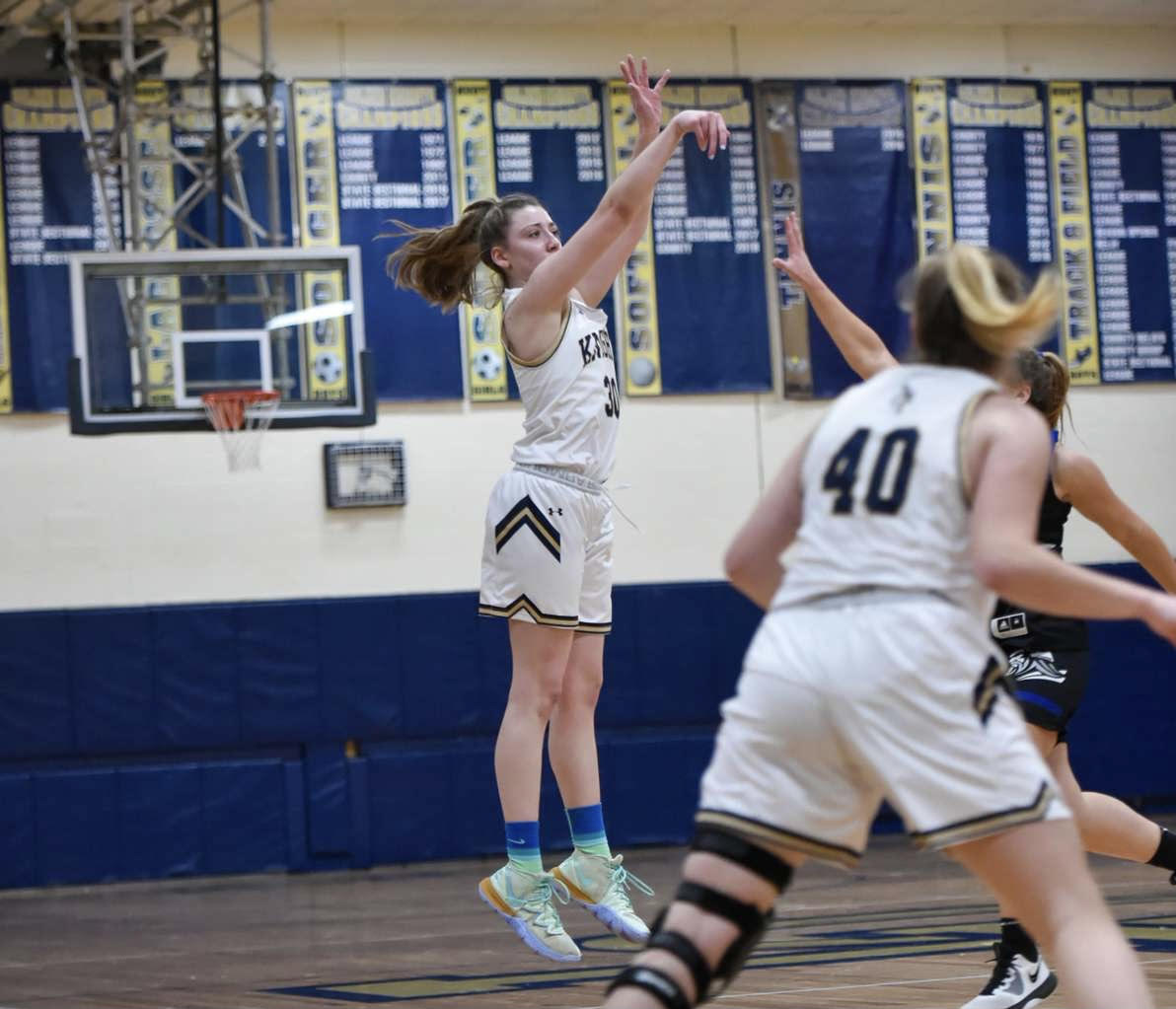 Although the stands were empty due to the pandemic at the girl’s first game of the 2021 basketball season, junior Sofia Berisha was filled with adrenaline as she awaited tipoff. Anticipating the first game of the season against NVOT’s biggest rival, Pascack Valley High School, Berisha said she was hoping to “make a statement win and set the tone for the season”.

From the moment the first whistle sounded, Berisha was locked in. The 5’11 starting guard for the Golden Knights put up 34 points against PV, in addition to seven rebounds, three steals, and three assists, contributing to her current season total of 94 points. Her efforts on the court have not only led to several wins for the Golden Knights, but earned her state recognition as North Jersey Girls Basketball Player of the Week.

When asked about the award, Berisha wasn’t nearly as focused on that as she was on improving for the future. “It’s a nice accolade to have”, she said, “but my main focus is winning games and working as hard as I can to improve for myself and my teammates”. Berisha credits her teammates for the award, saying that “they push [her] everyday to become a better player.”

Being voted as Big North Player of the Week is only the start for Berisha. She plans to take her basketball success to the next level as she looks toward recruitment from  Division I schools.