A Black, LGBTQ+ pioneer and what to learn from her. 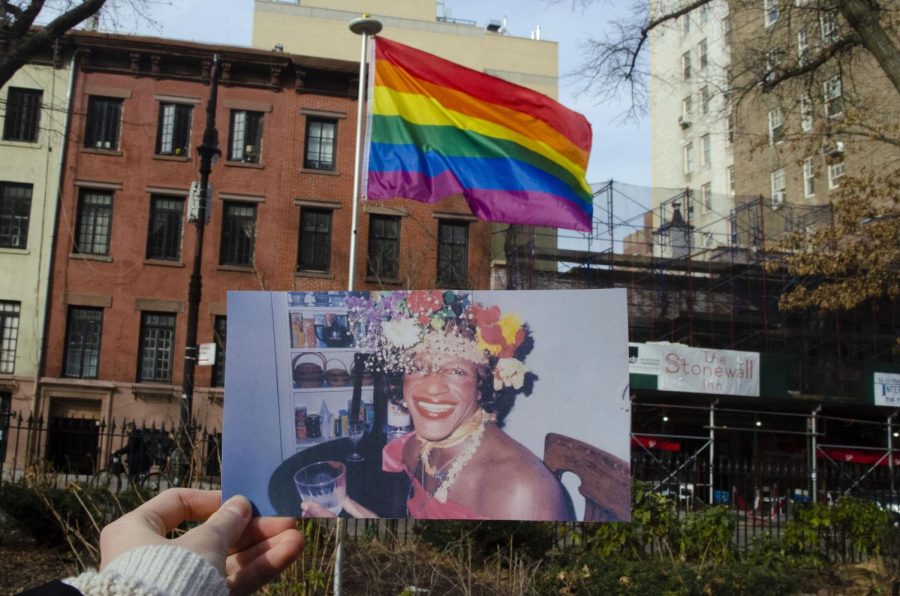 While Black History Month may be coming to an end, we must always honor the efforts and accomplishments of Black Americans.

These names probably sound familiar: Frederick Douglass, Rosa Parks, Dr. Martin Luther King, Jr., and Maya Angelou. But chances are you have no idea who Marsha P. Johnson is.

In celebration of Black History Month, it is important to bring light to Black figures whose names are not as widely known and broaden the scope of people whose lives we commemorate. Johnson is one of those people who deserves much more reverence than she receives.

Johnson, a Black transgender woman, was born in 1945 as a male named Malcolm Michaels. As an adult, she changed her name and embraced her female identity. Unafraid to express herself, Johnson wore elaborate clothing and accessories, in addition to makeup and flower crowns. As someone who was familiar with the societal hardships of being transgender, she was a passionate defender of LGBTQ+ rights.

During Johnson’s lifetime, members of the LGBTQ+ community faced even more discrimination than they do today. For instance, gay people were seen as mentally ill, and they were often victims of hate crimes and police brutality. In addition, Johnson lived during a time when Black Americans were just beginning to gain human rights, even though slavery had ended a century prior.

Despite the oppression she faced, Johnson never gave up in the fight for justice. On June 28, 1969, police raided New York City’s Stonewall Inn, a gay bar, and violently attacked its occupants. As they were some of the only places out of sight from the judgmental eyes of society, gay bars were significant to the LGBTQ+ community. In response to the raid, Johnson led efforts to push back against the police, participating in an uprising at the bar.

As news of the incident spread, it sparked a nationwide effort to start accepting the LGBTQ+ community, including the first Gay Pride parades. In addition to leading this movement, Johnson’s activism involved advocating for people with AIDS and co-founding STAR, an organization that aimed to help homeless members of the LGBTQ+ community.

Tragically, Johnson was found dead in 1992 in what was ruled as a suicide.  However, the case lacked thorough investigation, and Johnson’s friends and family believed murder was a more likely cause of death. She was not suicidal. Nor were anti-LGBTQ+ attacks uncommon.  Years later, in 2012, Johnson’s case was reopened, and the ruling was changed to “undetermined.”

Although her life was cut short, Johnson’s legacy lives on. As a Black transgender woman, she exemplified intersectionality: the interaction of race with other factors such as gender and sexual orientation.  Despite facing countless obstacles because of the common misconception that both Black and LGBTQ+ people were inferior, she ignited the movement to rightfully recognize members of the LGBTQ+ community as human beings. Today, in light of the fact that racism and sexual-orientation-based discrimination are still widespread, it is our responsibility as a community to carry forward what Johnson fought for and to leave a model for future generations so that America can someday become a more equal nation.