All Star Weekend Recap and Changes 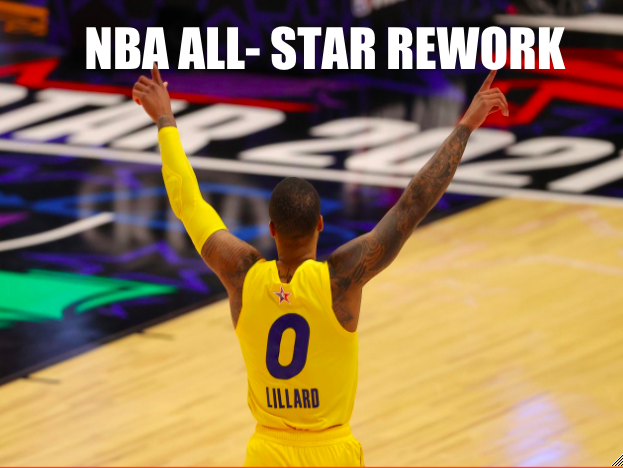 2021’s All-Star Weekend (ASW) featured the NBA’s biggest names and franchises coming together for the annual event. Following ASW’s conclusion this last Sunday, The Lance’s sports writers came together to recap what we liked, what should be fixed, and what we want to see in future All-Star weekends.

Despite the various successes of the events, we think there is room for improvement. The weekend should be something for the fans and players to enjoy, and while there were some good moments, there is still plenty of criticism to go around. The Lance has gathered numerous ideas to improve the event and make it more entertaining to showcase the league’s best talents.

This year’s All Star game is exactly what you would expect from professional basketball players enjoying their only break during the season: high scoring and no defense. Of course, the intensity is what makes games worth watching, but seeing Stephen Curry and Damian Lillard take routine jump shots from midcourt won’t disappoint fans at all.

The skills contest was the same as usual: a very lighthearted, fun event for some of the guys who don’t get as much recognition. There’s not much to improve on and this event as it offers something for players like Robert Covington, who otherwise would not have flown out for the weekend. The opportunity to invite role players like Covington to an All-Star event gives recognition to important players that don’t score at high numbers but still put an emphasis on their defensive game.

Another great part of All-Star weekend was the three-point contest, featuring some of the league’s best shooters. Although Curry, one of the best-shooting point guards, has opted out of the contest in previous years, he participated this year, elevating the competition and actually winning. Michael Conley was also a nice surprise in the contest, receiving backlash for his participation yet placing second.

This year, fans could not see the Rising Stars game; however, we do believe that the league should change the format. For the past few years, it has been the U.S. against the World. This format is very inconsistent because it relies a lot on young European talent to make the game entertaining. For example, this year, although the game was not played, the rosters were announced, featuring great young talent coming from the United States yet almost none from the rest of the world. An exhibition game with this format would not be as entertaining: it would be heavily one-sided in favor of the Americans. Adding a draft to the rising stars game would fix this issue and make it both more competitive and more entertaining, as the draft for the All-Star teams is one of the most fun parts of the whole competition.

The skills competition is another part of the weekend that needs altering. Although the selection of players is a nice tribute to under-appreciated talents, the competition is usually pretty boring. This is largely due to the lack of suspense and the monotony of the event. During the skills competition, players make a 10-foot pass followed by a layup, just to dribble down again and shoot a three-pointer. The format hasn’t changed for years and is just getting repetitive. Why not add more shooting or dribbling, multiple laps, or maybe even a 2-man team aspect — just something to make the competition more exciting?

The most important aspect of the All-Star game that may go unnoticed is their donations to charity. The All-Star game is not played to win, and is often criticized for its lack of competition, but recently the format has changed to offer incentives for winning a quarter. Historically Black Colleges and Universities (HBCUs) as well as African-American college fund charities were the recipients of donations this year, with the players trying to win money for their respective charity- something we really liked as it added a value and competitive aspect to the game.

One of the most important issues to address is the selection of All-Stars, especially the fan vote. As important as it is for the fans to give their voice on who the stars of the league are, they have proven to be unreliable and biased, to a point where 50 percent of the vote is way too much.

In 2016-17, the NBA was using a similar format for the All-Star game, but the fan vote was in fact 100% of the selection process. This led to a serious problem with Golden State Warriors Center Zaza Pachulia, who, despite averaging a mere six points per game, received enough votes to be an All-Star starter. (Pachulia was actually not added to the All-Star team despite his vote tally.)

This caused a rule change to a 50% fan vote, but even that is proving to be a lot. Klay Thompson, who tore his ACL following the 2019 finals, has been kept out of the 2020-21 season with a torn achilles. Despite this, he received 335,000+ votes, placing him ninth in the Western conference among guards.

Our suggestion to fix this problem is for the panel of media and players to vote in potential candidates for the All-Star game, probably the top 50 players in the NBA for the season. Then fans should vote from the candidates instead of from a list of all the players in the league, fixing the scenarios of undeserving players receiving more votes than legitimate All-Star candidates.

Our final criticism of the All-Star game is the dunk contest. The format of the event with its 1-10 score card system and three round elimination system is not a concern, since it has always been a part of the dunk contest. Instead, the participants and excitement of the event need to be revamped. When you think of a dunk contest, immediately you think of crazy dunks and the most athletic stars in the league. Names like Michael Jordan, Dominique Wilkins, and Julius Erving are the tip of the iceberg, but this year featured three players who are not at all stars in the league, let alone their own teams.

The three players in this year’s dunk contest were Cassius Stanley, Obi Toppin, and Anfernee Simons, with the last of the list taking home the trophy. This list of names is quite the contrast to previous eras when stars were excited to compete in the dunk contest. Lebron James, Zion Williamson, and Zach Lavine are among the NBA’s highest flying dunkers, but none of the three participated in the contest. It is almost underwhelming to see the top athletes dunk in regular season games knowing they are likely to decline an invitation to the dunk contest.

To further explain the problem with the NBA’s dunk contest participant selection, here is an interesting fact about Cassius Stanley: the former Duke player has yet to dunk in an NBA game. How can the league expect fans and players to be excited about a dunk contest in which one participant has not even grazed the rim in a professional game yet?

All-Star Weekend was not a failure by any means, and the success of the event, especially during COVID, should not go unnoticed. Commissioner Adam Silver’s management of the league during these times is very impressive as the number of postponements and cancellations due to COVID has been very limited. However, the weekend should be criticized, and as a reward for the fans and break for the players, it should be improved upon with our suggestions.