Katherine Johnson: A Powerful Woman That Changed NASA as We Know It 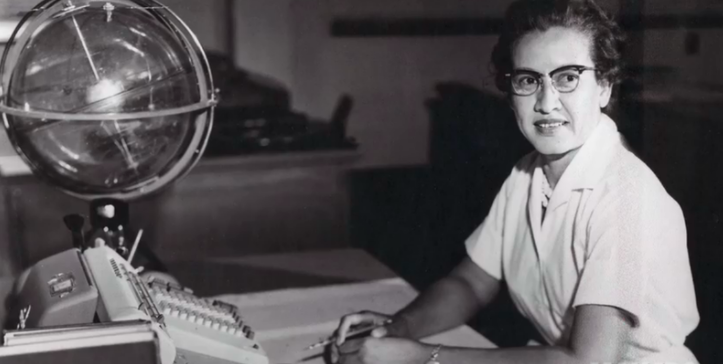 Katherine Johnson succeeded in a field dominated by white men as a woman of color.

From attending high school at age ten to becoming one of the first African American female mathematicians at NASA, Katherine Johnson changed both our space program and our societal standards. Johnson broke racial and gender stereotypes as she became a pioneering example of women in STEM. Her persistence and leadership inspire women all over the country to this day.

Katherine Johnson’s accomplishments merit recognition as she made crucial contributions to early NASA space flights. Earning her Ph.D. in mathematics at age 18, Johnson started working immediately after college, teaching at a black public school in Virginia. She soon earned a spot at West Virginia University’s graduate program, making her one of the first African Americans to attend the program. After a couple of teaching jobs, Johnson accepted a job in the Langley Memorial Aeronautical Laboratory and became one of the few African Americans working in the Guidance and Navigation Department. Here, she worked as a “computer,” analyzing intricate topics like gust alleviation for aircraft. This, however, was just the beginning of Johnson’s successful career.

While Johnson was responsible for gradual societal change, it wasn’t until the second half of her career that she made astronomical achievements. Johnson’s first couple of achievements involved calculating the trajectory for the space flight of Alan Shepard, Shepard’s 1961 Mercury Mission, and calculating the trajectory for the Apollo 11 flight to the moon. In her later years, Johnson had worked on the Space Shuttle Program, the Earth Resources Satellite, and a plan for an expedition to Mars.

Johnson’s consecutive successes earned her a respectable title at NASA, while also making her one of our generation’s greatest role models for women in STEM. NVOT senior Sophie Clarke is personally inspired by Johnson, stating that she “is an amazing woman who has paved the way for me and so many other women before and after my time.” Clarke, who is the president of SWENext (Society of Women Engineers Club), has been involved in STEM since she was seven years old and has looked up to Johnson for years. Clarke thanks Johnson for inspiring her “to know [her] worth and have confidence in [her] abilities” when in action.

Johnson also inspires NVOT senior Amy Tony, another valuable member of SWENext. “Katherine Johnson … devotes her energy towards solving the problem at hand by trusting her knowledge and incredible capabilities[,] [which] inspires me to find my talents and silence any naysayers with sheer brilliance,” says Tony.

Shattering stereotypes left and right, Johson broke the conventional images of women, and women of color in particular, by making her way into a predominantly white male field. Ignoring the discrimination, and focusing all her attention on her work, Johnson established herself as an essential component of the team. She displayed a tremendous amount of confidence: always asking questions, stating her mind, and making herself a presence in any room, regardless of her sex or skin color.

Tony can relate to Johnson, as there were times where she “may have been the only girl or one of the few in a STEM class,” but Tony, just like Johnson, “didn’t feel discouraged because [she] was there to learn and grow.”