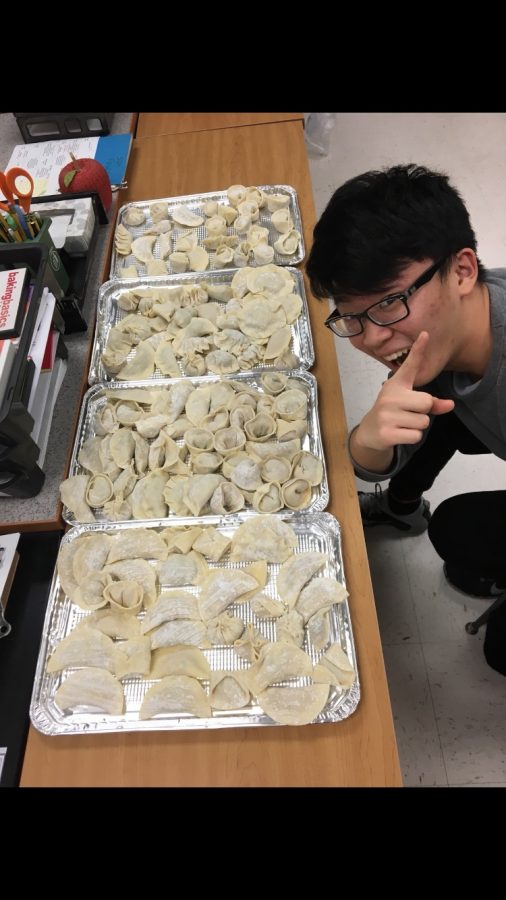 Beef, rice noodles, green onions, and kimchi are all ingredients of the recipe for “mahn doo”, which are Korean dumplings.

On November 21, the Korean club organized an after-school, dumpling-making activity. After paying an entrance fee of three dollars, club members sat around tables with their friends. They were given a choice of either meat or kimchi-based filling, and they had to wrap the fillings in thin dough. Sophomore club officer Austin Yang stated that exposure to and immersion in Korean culture was “important” and that the club’s “goal was to celebrate Korean culture in the form of food”.

As groups of friends sat together enjoying their mahn doo, sophomore Justin Lee said, “It was a really cool experience because we got to honor our culture, and I learned how to make some delicious dumplings.”