Going Bonkers for the Knickerbockers

The New York Knicks Are Off to the Playoffs 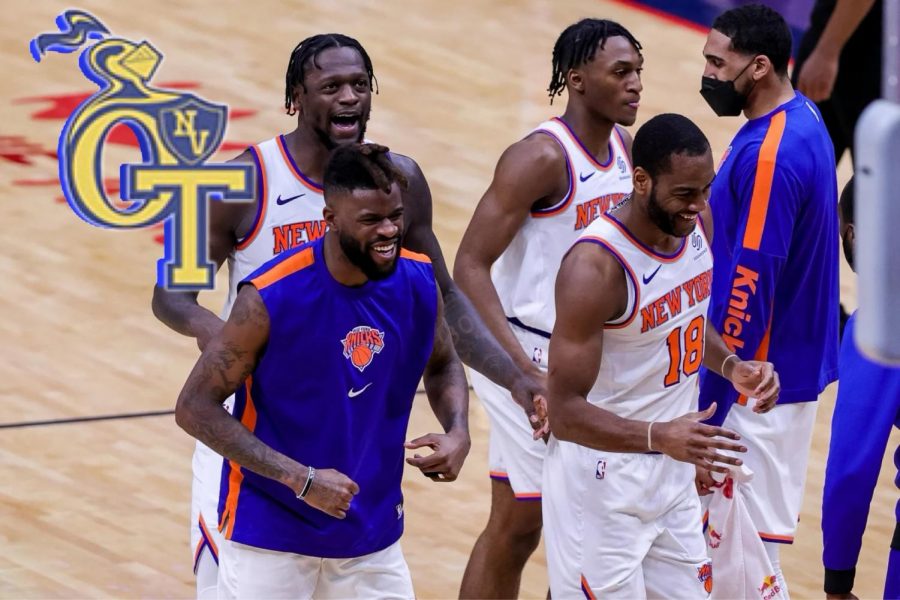 The New York Knicks celebrate their 41 wins this season.

To say the New York Knicks have come a long way is an understatement. Last year they finished 21-45. However, that was a rebuilding season. Management proceeded to pick up a new coach, Tom Thibodeau, a big upgrade from an unproductive coach like David Fizdale. From there, the team went into the summer with an assertive mindset, giving contracts to underrated stars like Nerlens Noel and drafting the breakout point guard, Immanuel Quickley. In various other trades, the Knicks acquired veteran players Derrick Rose and Alec Burks. With the help of Thibodeau, every single player on the roster improved drastically. Julius Randle had a disappointing season last year, but made the All-Star team and is the top contender for the Most Improved Player award this year. RJ Barrett has also shown a breakout season by averaging 17.6 points per game, and becoming the second scoring option behind Randle. Other key pieces include Burks, Rose, and Reggie Bullock, who have all come off the bench to provide quality playing time for the team.

With these drastic changes, the Knicks finished 41-31 this season and secured the fourth seed,a huge comeback from last year’s 12th seed. Now, for the first time in eight years, the Knicks are off to the playoffs to compete for a championship. In the first round, they will play the Atlanta Hawks, a team that the Knicks have consistently beaten, and many fans are hopeful for a first round victory. At NVOT, students and staff who have seen their team fail more times than succeed in their lifetime, are excited about the rise of the Knick’s success and wish them luck in the upcoming playoff rounds.