The Best and Worst Looks of the 2021 Met Gala

Which celebs nailed "In America: A Lexicon of Fashion," and which failed miserably? 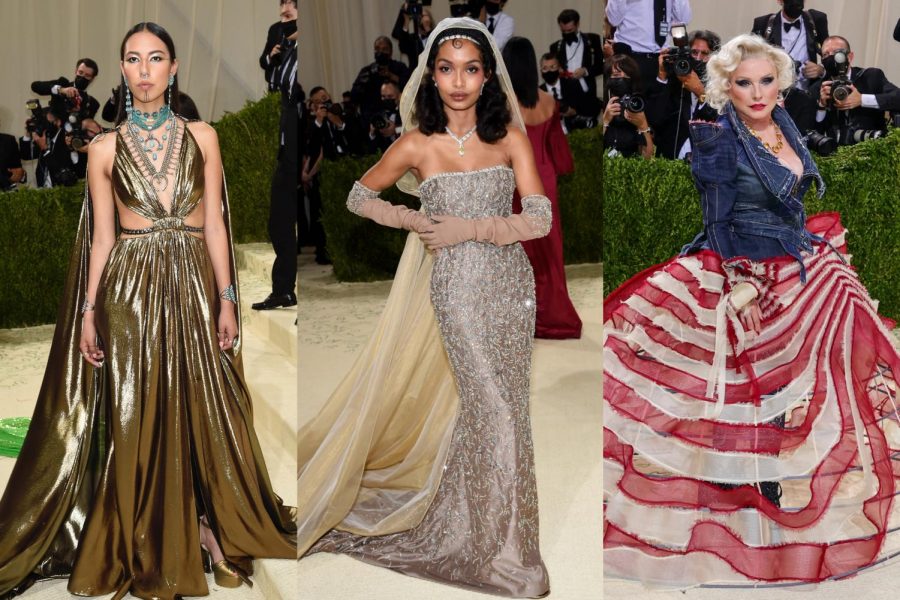 After the devastating cancellation of last year’s Met Gala due to the pandemic, fashion lovers (including amateurs, like ourselves) everywhere rejoiced that the gala would return in 2021 with the theme “In America: A Lexicon of Fashion.” The Met Gala, exclusively attended by the biggest celebrities and designers, is a fashion benefit that raises money for the Metropolitan Museum of Art’s Costume Institute in New York. Timothée Chalamet, Billie Eilish, Amanda Gorman, and Naomi Osaka hosted this year’s event, which took place on September 13 instead of the usual first Monday in May. A vaccination mandate was in place for all guests, allowing attendees to ditch their masks.

Interviewed by actress Keke Palmer and director Ilana Glazer, the world’s most notable celebrities graced our screens via Vogue’s Twitter livestream. “In America” proved a difficult theme to adhere to; some guests’ looks hit the mark, while others made us want to throw our phones across the room. Here are the best and worst five looks of the 2021 Met Gala:
Best Looks