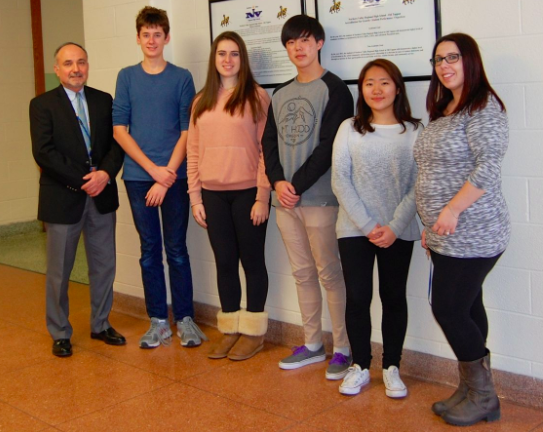 Shuffling documents rapidly and scanning web pages eagerly, many Model United Nations club members scrambled to finish writing their position papers. Unlike other students, Model UN members were not frantically studying for midterms, but rather they were at a conference representing Australia, Japan, China, and other countries at the Bergen County Academies.

Model UN is a union of students interested in exploring how world issues affect certain nations, and they meet multiple times a month. Essentially, each student examines and discusses controversial topics from a different perspective. For example, students conduct research regarding an issue such as the Zika virus, and after achieving a full understanding, they will propose methods to solve this global problem.

Students write position papers in advance on myriad topics such as child abuse, inequality in women’s education, and the need for advanced technology in African nations. Their work will supplement and facilitate the discussions during the conferences January 26 and 27 at Bergen County Academies. Members are responsible for representing committees and organizations like NATO , DISEC, and the African Union that concern themselves with these issues.

According to senior and president Amelia Antzoulatos, in order to be successful in writing the papers, students “must conduct extensive research on their assigned nation’s position on the topic…and on possible solutions”.

Once the students were thoroughly prepared, they headed to the conference at which junior Jona Kim “really enjoyed the great experience”. As a delegate in the UNICEF committee, he “learned how to view the world from a different cultural perspective, in this case as a representative of China.”

Unlike the monthly meetings that the club holds in school, this was a two day experience where it taught “me how to think critically and formulate a consistent argument. I met many new people from other schools and had a great time when I was really supposed to be studying all night for my Spanish and Korean midterms,” said Kim.

In addition, Antzoulatos was pleased with the club’s progress, as “[they] have a really strong group this year, with many promising underclassmen.” Because the club won the Best Small Delegation Award among other awards last year, Antzoulatos hopes to “do just as well this year” while allowing Model UN’s “members to explore other worlds” and they did just that. Kim won the Best Delegation Award in his committee and was awarded with a certificate as well as the gavel. Anzoulatos believes that participants can benefit by “learn[ing] to articulate and assert their ideas confidently while peacefully collaborating with others”.