The Lance Rewind: Does Hannah Montana still hold up? 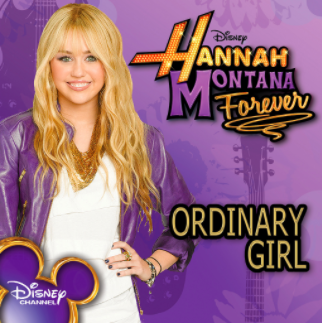 Whenever I finish a series on Netflix, like a confused college graduate, I am always left with one question: “What now?”  In answering that question, I try to find a way to ignore my English research project for another 42 minutes by looking for a new show to watch.

After I recently concluded House of Cards, instead of beginning some other six-season drama, I decided to throwback (“rewind”, if you will) and watch something anyone with a television and an average memory will remember: Hannah Montana. I suspected my perspective on it would have changed since the last time I have watched it, now that I have experienced more of life and hopefully gained a couple more IQ points.

Back in my day, to any second-grade-girl who was not piously religious, Miley Cyrus and her alter ego were the closest things to God. To us eight-year-olds, she was talented, pretty, well-dressed, and clever. Overall, everyone was jealous of this fictional character, as she seemed to have such a perfect life.

However, after watching Hannah Montana season 2 episode 9, dubbed “Achey Jakey Heart,” it was clear my taste in TV shows has changed dramatically.

If this program is a comedy, and Disney Channel recognized it as such, then I am not quite sure comedy is funny anymore. To be completely honest, as much as I loved the show in elementary school, I definitely do not remember laughing out loud during it. Perhaps I would let out a few snickers now and then, but that was all. But I do fully understand that it is a children’s show, and therefore meant for an audience that is too young and naïve for any jokes based around societal issues. However, the writers did not even attempt to make the characters say anything funny. Instead they rely on freakish facial expressions and slapstick humor. Today, at age 15, if I were to write my own dictionary, a picture of Hannah’s brother Jackson would be featured right next to the word “CRINGE.”

Speaking of Jackson, when I first watched the show, he looked like a fun-loving high school boy to me. In reality, the actor, Jason Earles, was 30. Although this seems like a trivial fact, it enforces the general idea that in the world of the Disney Channel, age is truly just a number. There are times that the high school students in the show talk and dress like elementary school kids (most likely as an appeal to that demographic), yet simultaneously act like adults. This paradox is best personified in the Hannah Montana character named Rico, who is at most 15 years old, yet owns his own snack shop. When I saw this at age seven or eight, I honestly did not think twice about it and did not care to do so. However, now this part of the show is far too outlandish and bizarre for me to comprehend.

When I was younger, I thought the canned laughter that I heard after every line was just a normal part of television. Now that I have spent six years watching TV without it, I realize just how irritating that fake laughter gets, especially when nothing funny is actually said. I suspect the laughter is liberally added to make Hannah Montana as fantastical as possible while still keeping it “realistic” fiction.

Although I now dislike the show itself, seeing the sets and listening to the characters that I have not encountered in such a long time made me nostalgic for my early childhood when worrying about whether or not Miley would end up with her on-and-off boyfriend Jake was my biggest problem. And even if I realized how poorly Hannah Montana was written and executed, I can still appreciate how such an ostentatious, vacuous, and sarcastic program as this one was loved by millions of kids, including my former self.