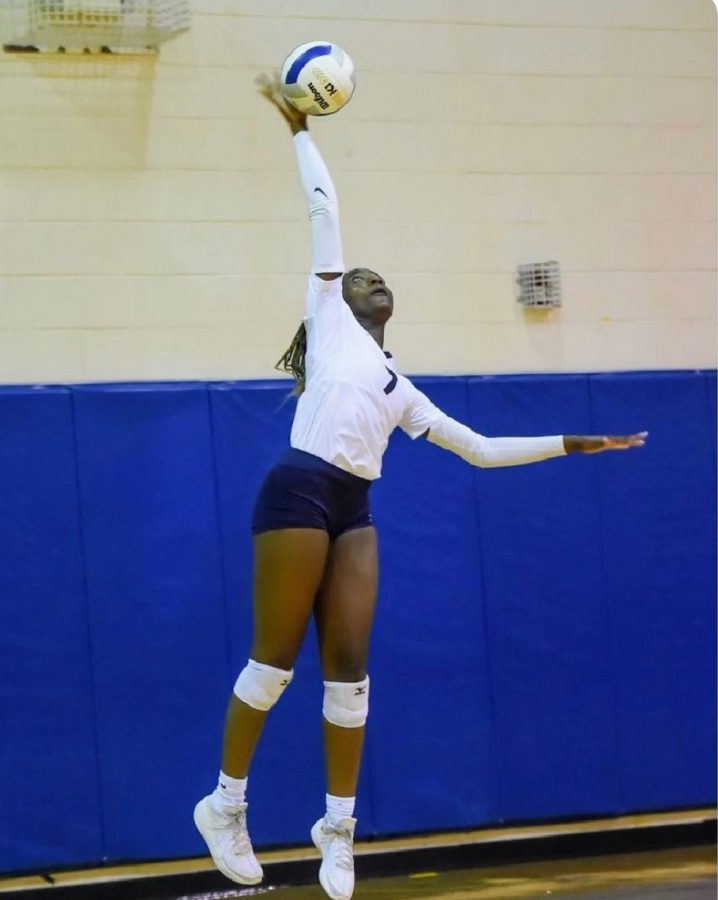 Olutiola in the middle of a serve.

Ever since the very first serve of the 2021 volleyball season, senior Jola Olutiola has been ready to lead the Golden Knights to a successful season. Because of her consistent efforts both on and off the court, Olutiola was voted North Jersey Girls Volleyball Player of the Week for September 26 to October 2, and was selected to the American Volleyball Coaches Association as recognition for being a stellar student athlete.

Olutiola’s success on the court was proven with her ability to consistently put up big numbers. The outsider hitter had 37 kills in three impressive matches. Olutiola led the team to  a win with a double-double (20 kills, 18 digs) against Ridgewood on October 1, which Olutiola said was the “turning point of [their] season.” She continued to prove her consistency against Ramapo as she led the team to a huge win on October 6 with 18 kills and 20 digs.

Volleyball head coach, Melissa Landeck, commented on Olutiola’s success, saying that she is a “top offensive threat, in addition to being a great defender and passer.” Landeck says Olutiola has set an example of what a varsity athlete should look like.

Olutiola’s dedication on and off the court is a testament to her success as a student-athlete. With the regular season and county tournament over, opposing teams should still expect much more from Olutiola as the Golden Knights head into their first state game against Pascack Valley on November 1.