SNL writers, have mercy on us this holiday season 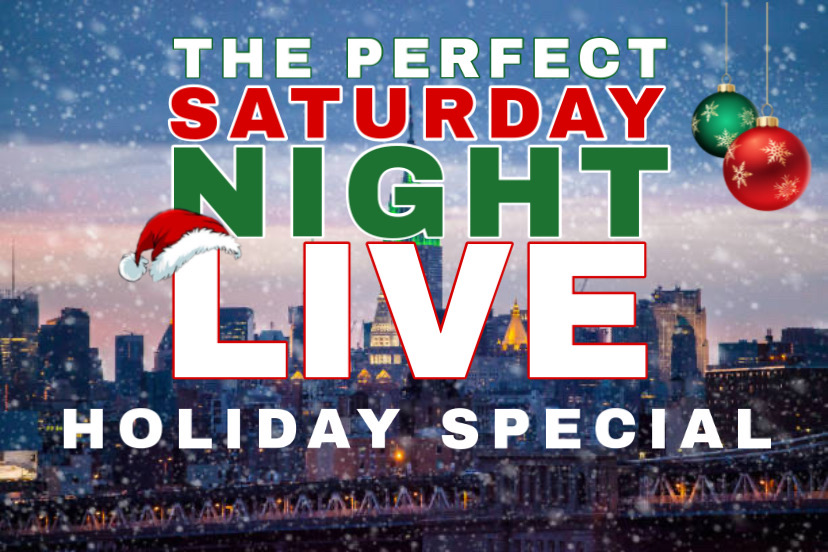 A classic SNL holiday episode is at the top of any fan's wish list.

Turning the TV on during the holiday season is always a treat, but my favorite part of the holidays isn’t watching the same old Christmas movies or rewatching all of The Office’s holiday episodes. Instead, I anticipate the Thursday before the final episode of the season, when the legendary late-night sketch show, Saturday Night Live, airs its Christmas special, recapping its most iconic holiday sketches from decades past.

As SNL fans will tell you, A Saturday Night Christmas Special is a reminder that the show is not the same it once was, so I decided what I want to see in my ideal holiday-themed episode.

SNL writers and producers, take notes.
Guest Host
As an homage to the “Golden Age” of SNL (2000-2006), bringing back actor Adam Sandler to host my imaginary episode would be the best gift for longtime fans. Sandler attracts older viewers who miss the days of Tina Fey, Amy Poehler, Seth Meyers, and other former SNL cast members. The hype would also garner the attention of newer viewers who are curious to relive the era that continued the show’s popularity well into the 2000s.
Weekend Update
No notes. Keep up the good work.
Musical Guest
After a literally guitar-smashing performance earlier this year, indie-pop artist Phoebe Bridgers would be the perfect choice for a holiday special. Performing songs from her lyrically brilliant yet bone-chilling, If We Make It Through December holiday EP, Bridgers would be the ideal choice to encapsulate the desolate winter feeling of a 4 p.m. sunset. Rather than the overdone warmth and Christmas cheer that is unrelatable when you have not seen the sun in days, she would add a realistic touch to the holiday season.
Skits
An SNL special isn’t complete without its variety of holiday-inspired skits. Although new material is always preferred, taking inspiration from previous fan-favorite sketches would mean the world to older fans. I would love to see the writers revisit old sketches with a New Year’s theme, like the iconic Rachel Dratch skit Debbie Downer—which already had a Christmas theme in 2005. Another sketch I would love for SNL to revisit is Kristen Wigg’s Target Lady, who could put a comical yet slightly depressing spin on ‘the lonely cat-lady’ during Christmas.

However, I would also love to see new holiday material that is both funny and original, much like the debut of Christmas Miracle in 2016, starring Kate McKinnon, Cecily Strong, and Casey Affleck. The SNL writers need to be bold to garner the same attention they did when creating these classic sketches and more instant fan-favorites.

But, some sketches need to stay away from our TV screens forever. A message for the writers: please stop the painfully unfunny millennial humor. Catering to one specific generation is always a bad idea, as evidenced by Gen Z Hospital, which I can only pray does not revisit us this holiday season (unless they want me to end up in a hospital).  Hopefully, they also ditch the need to include another rap since we all know how enjoyable (and not at all cringey) Christmas Morning was last year.

Continuing these types of skits is a horrible move, especially if you are going to add insult to injury by allowing some of the worst people on the planet to host (cough cough, Elon Musk). If their goal is to increase viewership, the controversial host route is not the way to go; rather, they should be putting their attention towards writing enjoyable SNL humor we all know and love.