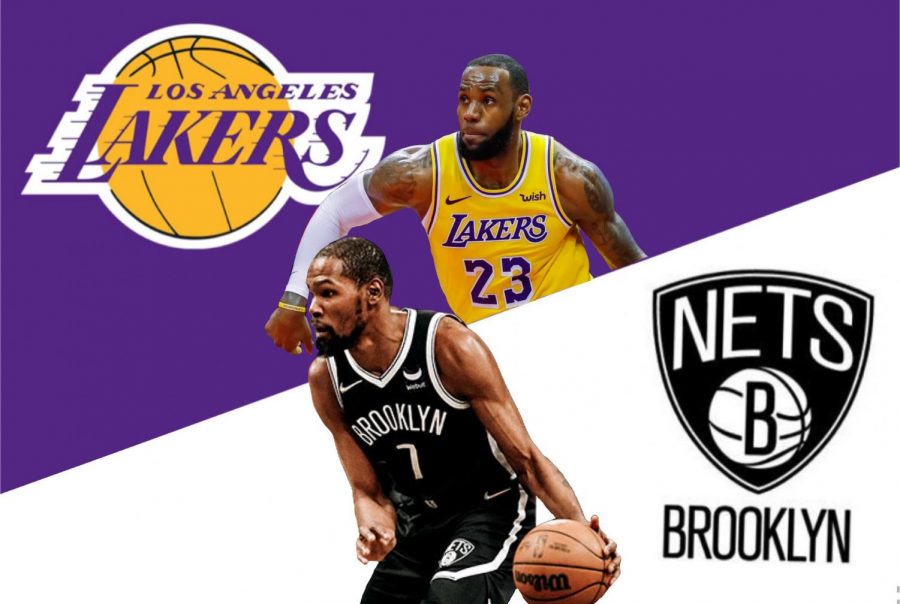 Without Anthony Davis, the pressure is on LeBron James to win this game.

Nets and Lakers face off on Christmas Day.

The two largest cities in the US unsurprisingly host the two current championship favorites: The Brooklyn Nets and the Los Angeles Lakers. The Nets’ Kevin Durant and Lakers’ LeBron James are arguably the two best individual players in the league, and pitting their teams against each other is a test of their leadership and head-to-head performance.

As of recently, the rebranded Lakers have been more successful than the Nets, winning a championship in the 2020 bubble and continuing to assert themselves as a top team in the league. James, the most recognizable player in basketball, leads the Lakers, with a strong supporting cast of eight-time All-Star Anthony Davis and nine-time All-Star Russell Westbrook. Their flashy, fast-paced, and high-scoring games are reminiscent of the 80s “Lakeshow,” featuring Hall of Famers Magic Johnson and Kareem Abdul-Jabbar.

Lakers games are fun to watch, but that does not mean the team hasn’t had their struggles. The Lakers finished as a seven seed last year, losing in the first round of the playoffs to the eventual finalists, the Phoenix Suns. The Lakers have yet to really bounce back, currently sitting at 0.500 with 16 wins 16 losses. They have lost to the Oklahoma City Thunder twice and even the Sacramento Kings in a three-overtime thriller. To make matters worse, Anthony Davis has been ruled out Saturday’s game with a knee injury. It will be interesting to see if the Lakers can spark their season back to life, and a win on Christmas Day over their most challenging competitor may be exactly what they need.

Their New York City opponents, the Brooklyn Nets, are no dismissable force. They have assembled one of the most impressive teams in the history of the NBA. Durant, James Harden, and Kyrie Irving, who, when healthy last year, posted an impressive 0.800 win rate. However, the true downfall of this team has been the lack of time their big three have spent together on the court –a limited eight games across two seasons so far. It’s also hard to imagine that Irving will be back for this Christmas matchup, as he is currently away from the team after refusing a COVID-19 vaccination. Since his team is located in NYC, which has some of the strictest vaccine mandates in the country, the team is not allowing him to participate until he receives his doses.

Regardless of Irving, Durant and Harden are both former MVPs and still reign as some of the top players in the league. This dynamic duo can make some Christmas magic happen as Durant is currently leading the 2022 MVP race, and Harden looks like he is back to his normal self after a slow start to the season.

As an avid fan of NBA basketball, my one wish is to be able to enjoy this game. The Lakers have been a very volatile team this year, but assuming their big three is healthy, they should be able to hold up with Brooklyn’s best. Injuries have plagued both rosters, so being able to see a finals preview would be a perfect Christmas gift.

UPDATE: The following players have been entered into the NBA’s Health and Safety Protocols: James Harden (Nets), Kevin Durant (Nets), Kyrie Irving (Nets). Their status for the game has yet to be determined.