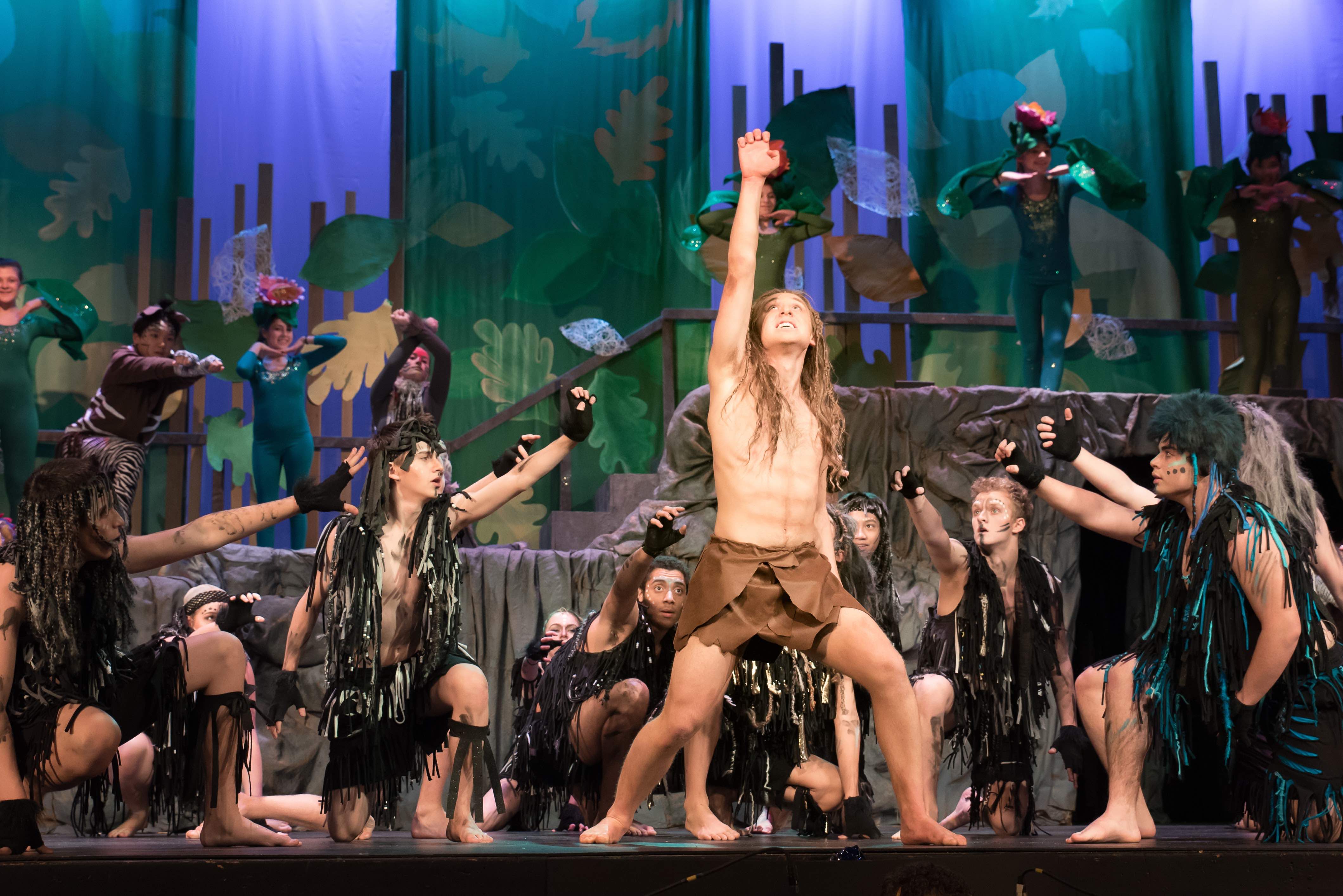 It seems fitting that “goodbye” was Aleksandr Fleury’s last line in this year’s musical, Tarzan, being that as a senior, it was his last role.

As a child, Fleury remembers attending the All School Productions year after year and promised his mom that “no matter what, [he] was going to do the shows in high school” after watching his first play. Fleury served as a member of the cast in all four productions of his high school career. From being the White Rabbit in Shrek to a T-Bird named Reggie in Grease, musical theatre has always held a special place in Fleury’s life.

Describing his freshman year audition as “terrible,” Fleury stated that the auditioning process requires him, among other auditioners, to “learn a few songs and a few scenes beforehand and go in front of a panel of judges to perform them.” Fleury, who has auditioned every year, believes he is still learning how to perfect the process. As a freshman, he felt his audition was so “terrible” that he sent an email apologizing to Mr. James Ruck, the former music director, for not meeting his expectations. Now, as a senior, Fleury still believes that “it never gets any easier.”

Furthermore, Fleury not only memorizes his lines, but he must also create a character out of them. He stated that one “must [find] meaning in the lines and [add] movement to them,” and that “letting them form a person just by their words is a true challenge [he] faces.”

Alongside the rigorous audition process, Fleury finds it “extremely difficult” to follow the demanding schedule of the play while balancing his school work on top of it. Although Fleury “tries to do [his] best in both areas,” theater “always ends up taking priority.”

Even though he faced many challenges maintaining his schoolwork while participating in the play, his hard work has payed off. As a junior and senior, he took on the lead roles of Finch in How to Succeed in Business and the eponymous role in Tarzan. Furthermore, Fleury said that it has been “an honor to play the lead for the past two years” and that he “would have been happy in any part” as long as it would “make the show better as a whole.”

Ms. Susan Van Buskirk, the play’s director for the past two years, has witnessed Fleury’s  “genuine and believable” performances. Also adding that Fleury has a “star quality” about him, Buskirk believes working with him “is a collaboration.” She noted his careful reading of the text and enjoys the “back and forth discussion” between Fleury and his scene partners. As a director, she treasured Fleury’s willingness “to go above and beyond,” which, she stated, is evident through his commitment to voice training and conditioning his character.

Throughout his time in the play, Fleury has noticed his progression as a person and an actor. As each year passes, he has “become more confident and attempted to be more ambitious.” Moreover, he is “less and less afraid to fail,” making him more inclined to take “chances in rehearsal just to see what happens.” Overall, Fleury has grown to be “more dynamic on stage.”

This year marks Fleury’s last year as a participant in the high school production and his transition from high school to college. Although Fleury consistently participated in the musical program, he is unsure if he wants to pursue it as a career. However, Fleury is “definitely not giving up the arts.”