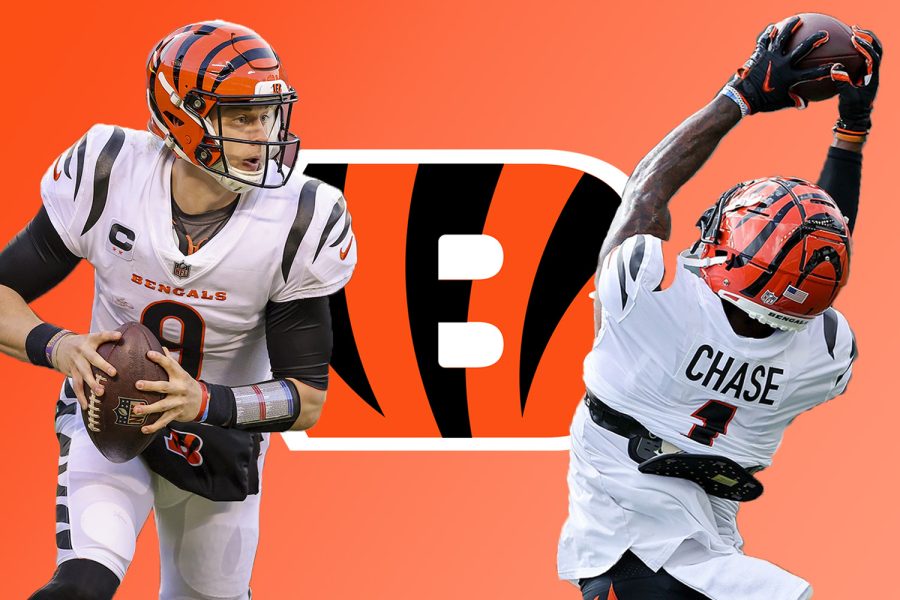 Why the Bengals are winning

Joe Shiesty. Joe Brrrrr. The man who took down the Superbowl favorite Kansas City Chiefs. I have underestimated this Cincinnati team ever since they beat KC in their Week 17 matchup. From tearing his ACL last year to playing in the Super Bowl in only his second season, Burrow has been the key element in elevating this Bengals franchise to the next level.

The Bengals’ rise to success can also be attributed to their prosperity with the drafts–the biggest name being Burrow’s former LSU teammate, Ja’marr Chase. Both Chase and Burrow have been a lethal duo since their days in Baton Rouge. Heading into the most important game of their young careers, the connection is now stronger than ever.

The organization has also done its due diligence in the market, helping shape this roster into a Super Bowl caliber one. Three key signings this past off-season that have jump-started this franchise include lineman Riley Reiff, secondary Chidobe Awuzie, and defensive end Trey Hendrickson, who finished third in total sacks. The x-factor in determining the winning chances for Cincinnati will have to come from running back Joe Mixon, who has had yet another productive season, putting up 1,205 rushing yards to go along with 13 touchdowns. If Mixon and the Bengals can establish the run game early, seams and routes will open up for Burrow and Chase to light up this Ram’s secondary.

When all is said and done, the team with the most experience usually has the upper hand. On one hand, we have Stafford, Beckham, Aaron Donald, and Jalen Ramsey, who have yet to win a ring—and in Stafford and Beckham’s cases, yet to make a Super Bowl prior to this year. Meanwhile, on Cincinnati’s side, we have the former Heisman Winner and National Champion Joe Shiesty looking to become the only NFL player in history to win the Heisman, National Championship, and Super Bowl. If the LSU crew can tear it up once more, there’s no shot that the underdogs step up and take down the Rams at SoFi Stadium.

This poll has ended.

Which team do you think will win?