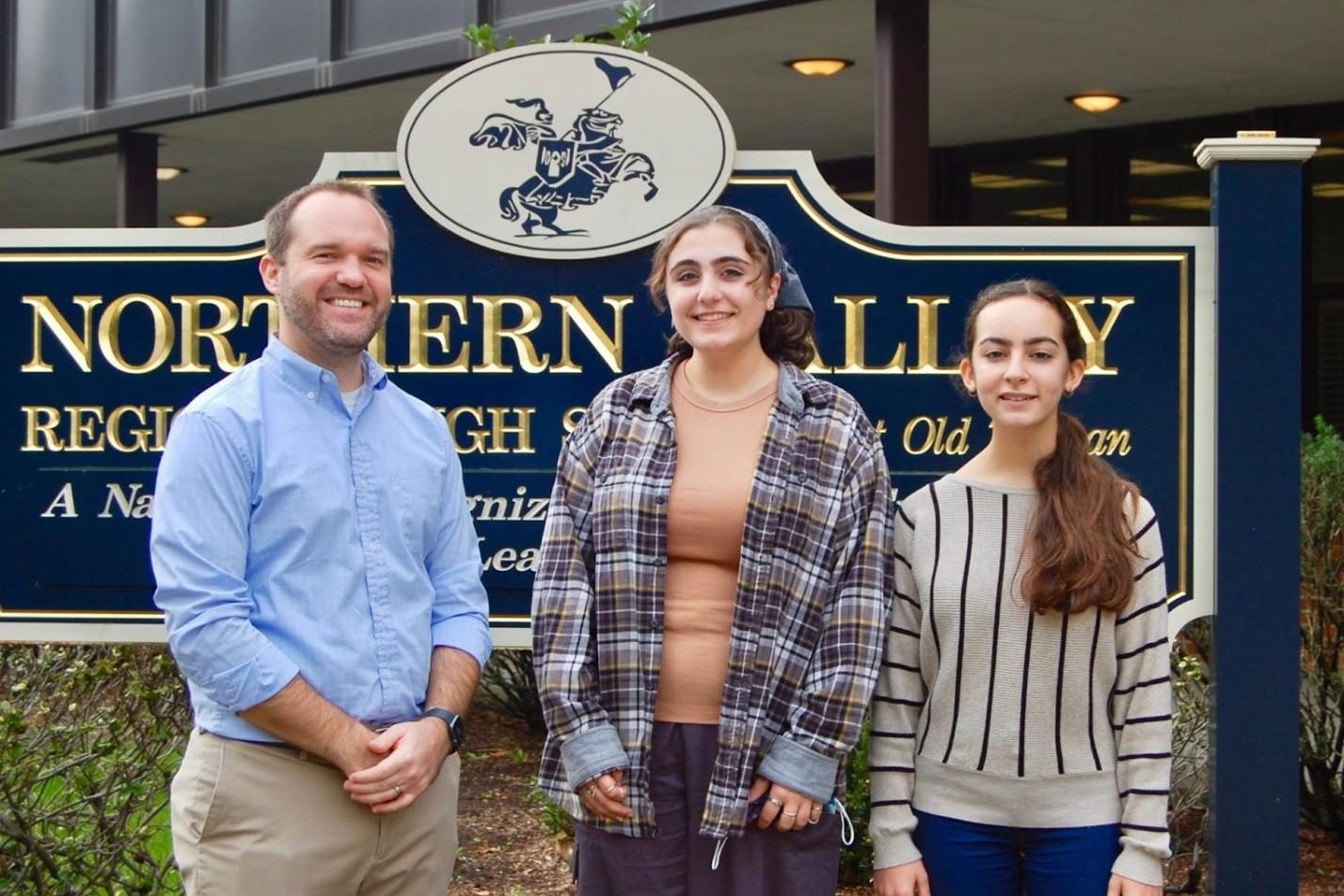 NVOT Chorists Make It to the Top

Freshman year, Alexa Farah quickly fell in love with the beauty of music and the many stories you can tell with it. Since then, she has been working towards fulfilling her musical goals, and All-National and All-State Choir were no exception.

In October, she was admitted into the All-State Choir, along with sophomore Sophia Ashbahian. Mr. Jonathan Meszaros, vocal music teacher, said that both were able to “demonstrate excellent singing in their auditions and ranked at the top of their voice parts.” Farah ranked first for alto one and Ashbahian ranked fifth for soprano one. Meszaros labeled their accomplishment as a “tribute to their dedication and hard work to consistently improve.”

In December, Farah was admitted into All-National Choir and recognized as the highest scorer as an alto in New Jersey. Farah said that she “was not expecting to get it at all” and the acceptance and recognition “was very surprising”: “I hadn’t had an opportunity to audition prior to this year, so I was glad that I would be able to have that experience.”

The All-National Choir is run by NAfME, also known as the National Association for Music Educators. Hundreds of  high school students across the country are invited to participate in the choir and convention after an audition. This year, it was a three-day virtual convention that took place from January 22 to January 24. Included was a college fair held by representatives from a multitude of music programs, perfect for Farah as a senior, as she was able to “interact with [it] and explore.”

Her aspirations and drive to audition for the All-National Honor Choir led her to an acceptance and a nomination for the New Jersey Governor’s Award as a finalist in the excellence of music. Farah described her experience as “wonderful,” and she is “honored to have been a part of it.”